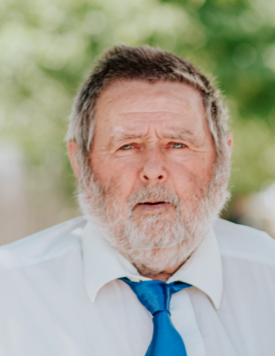 Glen Alvin Young, 83, of Greencastle, Pennsylvania, passed away on December 26, 2020, at his son’s home in Utah surrounded by family. He was born October 16, 1937, in Chambersburg, Pennsylvania the son of late Harry C. and Edith Mae Young. He was the youngest of 2, his older sister, Louise Hege from Greencastle, Pennsylvania, who survives. In 1958 he married Anabelle Martin, the mother of his 4 sons’, they later divorced and she passed away on April 5, 2000. He later married Shirley Kauffman, who passed away July 2014.

Glen was a farmer all his life. He milked cows for over 50 years. In his spare time, he enjoyed Morelle Mushroom hunting and of course eating them. He loved to travel, often taking the scenic route to explore and see new places. He drove across the country to Utah several times the last few years and enjoyed stopping along the way and just talking to different farmers. Glen also enjoyed hunting and the great outdoors.  He enjoyed going to the Marion Auction, really any auction for that matter. He enjoyed sharing his farmers market produce with many friends and neighbours. He also enjoyed keeping in touch with his friends and family. He would often call and if you did not answer he always left a voicemail.

The service will be live stream at https://www.ruddfuneralhome.com.

He will be buried in Bothwell Utah.