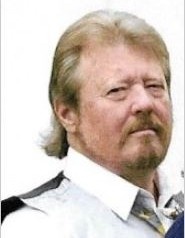 On Thursday, April 25, 2019, at his late dwelling in Tremonton, UT, the nationally acclaimed colonial Gunsmith, G.L. Jones, departed this life. A native to Utah, G.L. was a graduate of Olympus High School in Salt Lake City. A man of diverse talents, he served as captain of both the school’s chess team and soccer team.

Having achieved the honored status of Eagle Scout and Order of the Arrow while in his youth, he continued to serve his community and country in adulthood. His service as an Air Force medic during the Vietnam War was felt by the many wounded and recovering with whom he came in contact.

After dutifully serving his country, G.L. Jones achieved an Associates degree in Commercial Art from Salt Lake Community College. His education and study during his higher education refined and honed the natural artistic talent and creative vision he possessed.

He married Annette Jones on February 17, 1979. With his loving and supportive companion  by his side, G.L. Jones pursued his life-long desire of becoming a master colonial gunsmith and engraver. With a few dear comrades with whom he shared a common interest in the 'long hunter' era of 1750 through 1815, G.L. Jones founded the American Long Rifle Association. Since its founding in 1982, the ALRA has flourished into a nationally recognized organization which promotes the spirit of adventure through historic re-enactment, research, and fellowship.

In the death of G.L. Jones, the world of gunsmithing has lost a master craftsman whose meticulous attention to historic detail and beautiful artistry is unparalleled today. His family has lost a companion from whom they experienced much entertainment and many memorable adventures.

While he leaves this world to follow his late mother, father, and sister, he is survived and remembered by his saintly wife, Annette Jones, his goodhearted children, Shanna (Zach) Sudbury, Seth (Cassie) Jones, Randi (Daniel) Cline, and his loving grandchildren, Sophie, Gus, and three others to be born in 2019. A man who enjoyed to gather and join in song with his family, we sing now for him,

“I've traveled all over this world,

And now to another I go.

And I know that good quarters are waiting

To welcome old Rosin the Beau.”