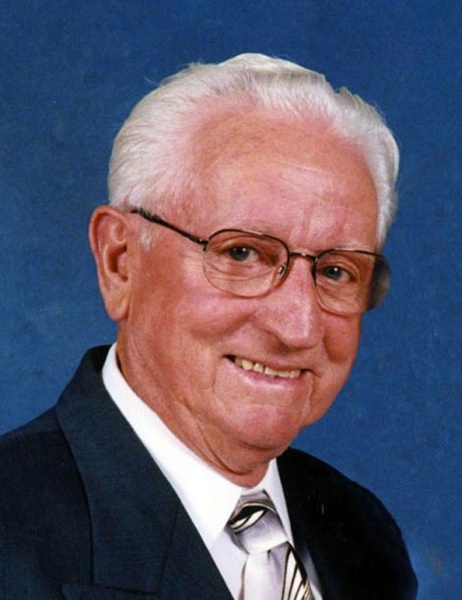 On February 4, 2021, Glenn Ray Barfuss passed from this world into eternity at home surrounded by his wife and children. Glenn was born on February 14, 1928 to Charles and Winifred Barnes Barfuss.  He married Beverley Bingham on September 8, 1950.

Glenn and Beverley lived in a comfortable home on a farm where they raised their six children teaching them how to work hard, to be responsible, and to trust in the Lord Jesus Christ.  His words of advice to his 6 children, 28 grandchildren, 87 great grandchildren, and 6 great-great grandchildren is to be kind, never hold a grudge, and to be honest.  He befriended those around him, helped strangers who were stranded, and shared what he had with others.

Dad opened and operated Glenn's Garage in 1966. This successful auto repair shop grew and later became known as Barfuss Garage when all three sons (Von, Bryce, and Kerry) joined the business with their dad after each graduated from college with a degree in auto mechanics.  Even at 92 years, dad liked to walk out to the shop located near his home and see what his boys were working on.

Glenn was preceded in death by his parents Charles and Winifred, son-in-law Arvid Meikle, his brothers Ivan, Marvin, Gene, Keith and his sisters, Verna, Afton, Idella, and June.

Dad was a member of The Church of Jesus Christ of Latter-day Saints.  He served a mission to the Southwestern Indian area.  With mother, he served as an ordinance worker in the Logan Temple for 22 years and fulfilled 3 full-time missions: San Bernardino, California; Auckland, New Zealand; and McAllen, Texas.  He leaves behind the love of his life, Beverley, a testimony of Jesus Christ and a legacy of service for his posterity to follow.  His gentle, loving nature will be missed.