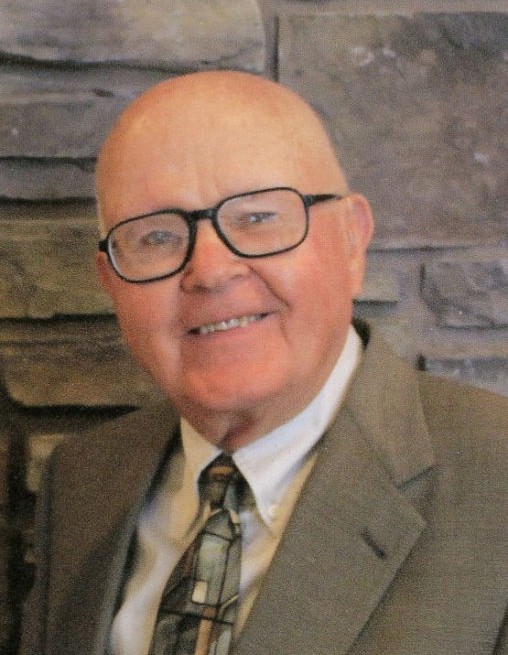 The Lord called Glenn Crump home on June 23, 2019. He passed away peacefully after a short stay at Maple Springs Care Center in Brigham City, Utah.

He is a great man. He lived a great life and we all learned much from him. He was a great example as to what life should be;  family, God, hard work, and service to others. We will always be grateful for him and remember what he stood for. Even though he will be dearly missed, we know that through God’s plan, we will be able to be together again.

He was born on July 20, 1924 in Soda Springs, Idaho to Milo and Ethel Crump. He grew up in Robin, Idaho, where he spent much time outdoors working and having adventures with friends, which included swimming, riding bikes and snow skiing with homemade skies. Glenn was student body President his Senior year at Arimo High School.

During WWII he enrolled in the Army Air Force where he became a Sargent. He was stationed at Shipdham Air Base  on the coast of England. He was in the 8th Airforce 44th Bomber Group (known as The Flying 8 - Balls).  When the war ended on June 5, 1945, he was on the first ship (The Queen Mary) back to the United States.

Glenn then attended Idaho State University, University of Utah, and graduated from Brigham Young University. While at BYU he met the love of his life, his future wife Jean. They were married in the Salt Lake City Temple on November 9, 1949.

He worked at JC Penney as a management trainee and then moved to Bannock Motors as the Business Manager.

In June 1961 Glenn and his life-long friend, Lester Wheatley, teamed up to buy the Pontiac, Cadillac, GMC and Rambler dealership in Tremonton from Wayne and Dallas Sandall.

He served the community as Chamber of Commerce President, City Counselman, and served in the Lions Club as their President. He also served on the GMC Dealer Council.

Glenn and his wife Jean are the parents of 4 children, Steve, Susan, Ronald, and Brian. He was a very kind dad and grandpa. He was proud of his children and grandchildren. He said the best thing that ever happened to him was his loving companion, his wife Jean. He enjoyed fishing, hiking, hunting, boating, skiing, wood working, and golfing.

Glenn was an active High Priest  of The Church of Jesus Christ of Latter-day Saints, and spent many years doing family history extraction and serving in other callings.