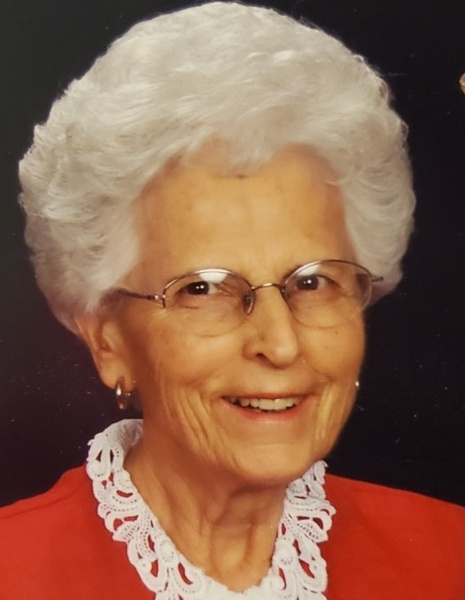 Garland- Gloria Marie (Brewer) Nelson, 86, passed away on October 7, 2020. She was born on August 8, 1934 in Belle Fourche, South Dakota to Fred Ellis & Juelda Rose (Wash) Brewer. She was raised in South Dakota, where she attended Camp Crook elementary schools and Belle Fourche High School. She later would attend night school at Bear River High, where she earned her diploma. While attending school in Belle Fourche, she met and married her sweetheart, Robert Eugene Nelson on February 9, 1952. Starting off their love story of 68 years in South Dakota, they made their way to Garland, Utah where they raised their family, and lived out the rest of their lives.

Gloria worked as a bookkeeper/office manager for The Leader Publishing Company, a bookkeeper for Bear River High, and a manager of the original Maverik in Garland. She also worked for a time at the Utah & Idaho Sugar Factory.

Gloria was an amazing quilter. She helped make countless quilts at the senior center. She also crocheted baby blankets and made dozens of “beanie” hats. Her last project was crocheting scarves for her family and friends.

She is a member of The Church of Jesus Christ of Latter-day Saints. She served in many positions, including a full-time mission with her husband, Los Angeles, California. She also served for many years as a “pink lady” at the Bear River Valley Hospital. She was a member of the Garland Civic & Home Art Club.

She was preceded in death by her parents; two sisters, Sharron Meidinger & Linda Viken; her husband, Robert; her son, Allan Dale; and her grandson Gerald Allen Astle.

The funeral service will be live streamed on her obituary page at www.ruddfuneralhome.com.