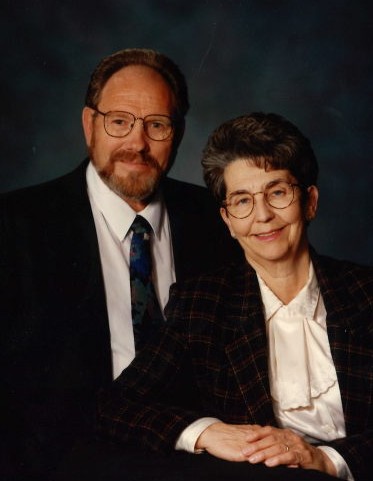 Gordon Ray Lasley died peacefully in his home on March 30, 2021 surrounded by his loving family. Gordon was born May 7, 1930 to Jesse Belle Blackburn Lasley and Joseph Charles Lasley of Rockland, Idaho. Gordon was the fifth of nine siblings. He graduated from Rockland High School where he served as class president and valedictorian. He served his first mission for The Church of Jesus Christ of Latter-day Saints in Western Canada from September 1950-1952. He came home and married his sweetheart, Joanne Pedersen, nine days later in the Logan Temple.

Gordon attended Rick’s where he attended institute and became qualified to teach. He later attended The University of Washington and BYU. While attending University of Washington and BYU he taught Drafting, Calculus, and Chemistry. He graduated from BYU in 1960 with a Bachelor’s degree in Chemistry, Physics, Mathematics, and Chemical Engineering. He worked at Lockheed and Hercules before moving his family to Thatcher in 1969, where he worked at Thiokol as a Senior Scientist for 23 years before retiring in 1992.

Gordon and Jo served as ordinance workers in the Logan Temple for ten years and had the opportunity to serve together on four missions; West Indies, Trinidad and Tobago from 1994 to 1996, where he was Branch President, Philippines, San Pablo from 1996 to 1998, and the Cody Wyoming Mission in both 2000 and 2001.

Gordon and Jo raised their kids in Thatcher, Utah until they moved in 2014 to Garland, Utah. Dad’s greatest joy in life came from holding his grandchildren from the minute they fell asleep until they would wake up.

Viewing and funeral services will be held on Monday April 5, 2021 at Rogers and Taylor Funeral Home (111 North 100 East Tremonton). The viewing will be held from 9:30am-10:30am with the funeral to follow at 11:00am. The service will be livestreamed and may be found at www.ruddfuneralhome.com under his obituary.

Mrs. Joanne Lasley passed away on Friday April 2, 2021. There will be a double public funeral for the couple.