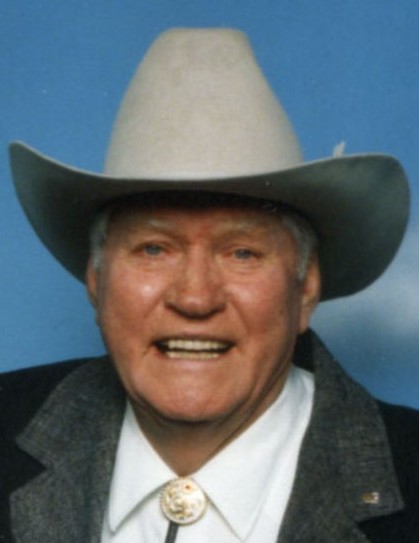 He worked for Swift as a butcher for about 20 years and during that time was a union leader. Hal then began a career with the Utah Division of Wildlife Resources at the Scott Avenue Hatchery and then moved to the Hardware Ranch where he spent the rest of his career as Ranch Manager.  He retired to Garland, Utah in 1995. Hal served as a corporal in the US Army 187th Airborne in 1952 - 1954 and served in the Korean War.

Hal enjoyed raising and training draft horses for competition, fishing, hunting, bare back bull riding and just being outdoors. He was featured in National Geographic Magazine as the Hardware Ranch Manager. As a young man he harvested one of the first buffalo permits for Utah which scored in Boon and Crocket. He was also a huge Jazz fan.  Hal was a member of the Church of Jesus Christ of Latter-day Saints.

He is survived by his wife Alice Aleen Goddridge Wood; one son and daughter in law, Randy and Carrie Wood of Evanston, WY; one daughter and son in law, Tamara Wood and Nathan Broom of Arlington, TX; six grandsons, four granddaughters, six great grandsons, and six great granddaughters. Hal is preceded in death by his parents Horace Vern and Abby Louise Udy Wood and five sisters Velma, Verna, Laree, Faye and Loa.

The family would like to thank the caring staff at Maple Springs assisted living home, Primrose and Integrity Health care services and friends and family for all of the love and support.