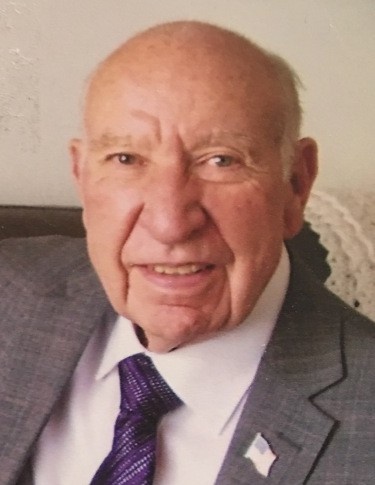 Hugh was born on October 31, 1933 in Blackfoot, Idaho to Waine V. and Norma Seamons Kinney.

He enjoyed growing up with his brother Ted on a farm east of Blackfoot.  He attended school in Blackfoot and graduated from Blackfoot High School in 1952 where he played on the basketball team.  Following graduation, he attended Idaho State University in Pocatello, Idaho.  He left college to serve in the U.S. military.

He was selected to serve his country in the U.S. Army Security Agency from 1956 to 1962.  In the whole of the U.S. Army, there were only a few thousand who served in the Army Security Agency and an even smaller few who served at Wildwood Station.  He held a Top Secret cryptology clearance.  He attended basic training at Fort Bragg, then attended language and training school at the Army Security Agency Training Center at Fort Devens, Massachusetts; where he studied Russian.  He was assigned to serve at Wildwood Station, near Kenai, Alaska.  This was considered an overseas base as Alaska was a U.S. Territory and was not yet a state at that time.

He worked for the Idaho State Department of Transportation during the summers following high school and college.  After his discharge from the military he moved to Tremonton, Utah and spent his career working as an inspector on the 3rd stage of the Minuteman Missile at Thiokol Chemical Corporation where he later retired.

Hugh was a devoted husband, father, grandfather, and great-grandfather.  He enjoyed the outdoors and traveling.  He loved camping, fishing, hunting, golfing, and spending time with family at big, beautiful Bear Lake.

He was an active member of the Church of Jesus Christ of Latter-Day Saints.  He held numerous leadership and service positions including counselor in the bishopric.  He had a delightful sense of humor and was selfless, kind, and thoughtful towards all who knew and loved him.  He will be profoundly missed.

The family expresses deep gratitude and love for those family members, friends, and caregivers who served him in the community and at Spring Gardens.

He was preceded in death by his parents, his brother Ted, and an infant great- granddaughter.  He is survived by his wife, Gloria Kinney of Tremonton, Utah, their combined family including children; Kathie Ence of St. George, Utah, Scott (Dena) Kinney of Nampa, Idaho, Suzie (Tom) Petersen of Layton, Utah, and Nanette (Bart) Bowcutt of Tremonton Utah, 11 grandchildren, and 17 great-grandchildren.