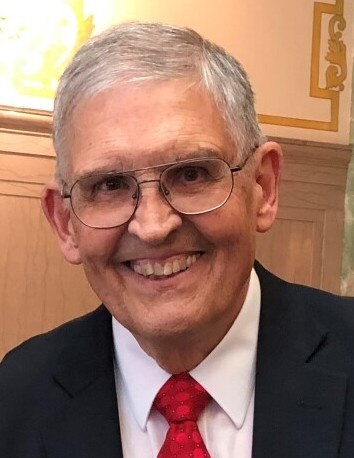 James Edward Belliston was born in Washington DC to Harold Wheeler Belliston and Ada Wright Belliston September 21, 1938. He grew up in the Sugar House area of Salt Lake City, Utah.

He was sealed for time and eternity in the Manti, Utah LDS Temple to Bonnie Evelyn Ray Belliston.

He had a successful and fulfilling career as a civil engineer that gave Bonnie and him the opportunity to live all over the country before settling and raising a family in Ukiah, CA for 30 years.  He spent his later years in Utah.  Ed enjoyed road trips and visiting his grandkids.  He loved playing family games, Barbershop music, and singing with a beautiful bass voice.

Ed passed peacefully at home.  He had a firm knowledge, faith, and testimony of the plan of happiness and his Savior Jesus Christ’s atonement.  He was a beloved son, brother, husband, father, uncle, friend, grandfather, and great grandfather.  His family was his pride and joy.

Interment will follow at Riverview Cemetery in Tremonton, Utah.