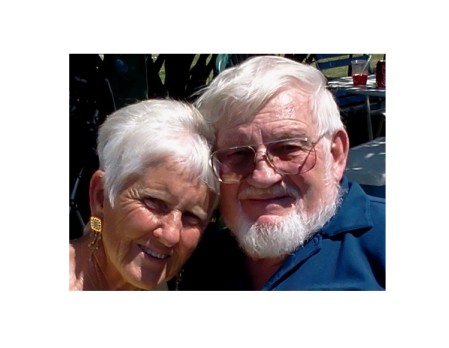 James Devoe Burgess (Grandpa) passed away at his home in Tremonton on February 14, 2021.  He was 80 years old.

James was born September 17, 1940 in Tremonton, Utah.  He was the only child of Joseph Gladstone Burgess and Mary Violet Burgess. He married his sweetheart LaWana Estep on February 19, 1957 and together they raised six children.  Jim and LaWana remained true to one another until her death in 2014.

Jim was a jack-of-all trades but was known most notable as a plumber.  He followed his father, Joe, in the family plumbing business and spent many years applying his trade in the community.  He was a selfless person who always answered a service call regardless of the person’s ability to pay.  He took pride in his work and made sure the job was done right.  After a brief period working in California, he decided that Northern Utah was where he wanted to raise his family and they have lived here ever since.  When Nucor Steel moved into the valley, Jim helped with the construction of the plant and then hired on at the steel mill.  It was here that he became known as “Grandpa” and is still lovingly remembered as such today.  Jim retired from Nucor Steel after many years and many friendships.

Jim formed many relationships in the community because of his giving nature and willingness to help those in need.  There was no such thing as quick trip to the grocery store, or anywhere for that matter, with Jim, because he knew so many people and had so many stories to tell.  He found true enjoyment hearing the stories of others and sharing his own, whether you wanted to hear them or not.

Jim accepted people for who they were and looked past any faults.  He was a testament to his faith by believing in the good in all of us.  We all benefited from his guidance, wisdom, and empathy, and he inspired us to be better.

Jim was preceded in death by his wife LaWana, and son Brady.