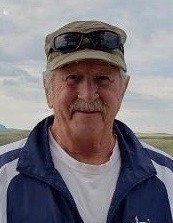 James David Sylvester, 74, passed away in Tremonton, Utah on September 28, 2020 while on an RV trip with his sweetheart Janette. James was born on September 19, 1946 in Detroit, Michigan to James Edward & Eileen Mildred Sylvester. He married his sweetheart, Janette on August 31, 1983.

James served in the United States Army and served a tour in Vietnam. After receiving his bachelor’s degree in journalism from Michigan State University, and his tour in Vietnam, James ventured to Hawaii. There he worked for the Hilo newspaper, then he became the head of Public Relations for Brewer. After excelling in that for 5 years, he returned to journalism at the  Honolulu Star Bulletin. After a while, he felt a change was needed. He took a leap of faith and moved his family to Colorado Springs, Colorado where he bought his first Subway store. He went on to become a successful multi-franchise owner. He retired from that when he sold the stores in 2016. He and Jan would then travel the country, living the RV life!

Jim loved to golf with his friends, mom and sister. He loved spending afternoons at the dog park. When he retired, he was able to live out his dream of traveling the country in his fifth wheel home with his wife. They loved visiting family in Montana, Colorado, and Alabama. They fell in love with Lake Havasu City, where they had the most fun every winter with their friends.

He also had a great love of history, hunting, baseball, biking, and nice cars. Above all else, he loved taking care of his family. They will miss him more than anything.

He was preceded in death by his father, James Edward Sylvester.

A celebration of Jim’s life will be determined at a later date.

The family would like to extend a special thanks to all their angels who have helped them navigate through the sudden passing of Jim. To all his friends who brought joy to his life, and to all his family who brought constant love. Thank you, Dad, for always being there no matter what and for never forgetting to say, “I Love You”. You were the best husband, son, father, and sibling. We will love you always.

In lieu of flowers, the family suggest donations be made to www.tunnel2towers.org through the link below.