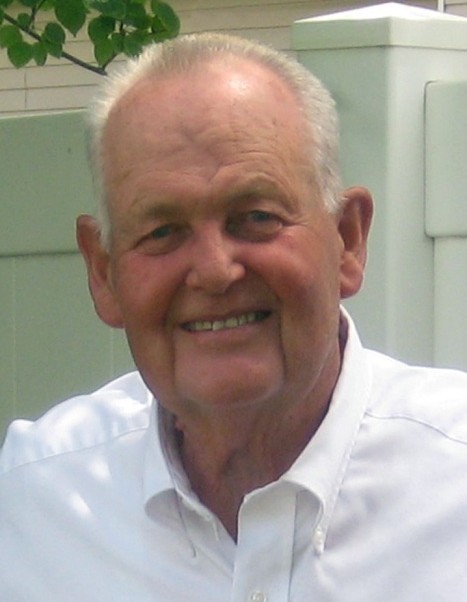 James Alton Veibell, 85, passed away peacefully on Sunday, March 17th at his home in Beaver Dam.  Dad was born May 1st 1933, in Logan, Utah, to Jens and Lillie Veibell of Beaver Dam; the oldest son of 4 children.  He was raised on the family farm his dad purchased in 1915.  Due to the sudden death of his father; dad became responsible for running the farm at the age of 18.  Dad graduated from Bear River High and married Grethe Christensen from Tremonton on October 24th, 1955 in the Logan Temple.  They made their home in Beaver Dam on the family farm which they purchased later in 1967.  In 1962 they moved into Tremonton when deciding to start their own business.  Dad opened and ran Alt’s Precision Machine Shop from 1963 until 1993 when he retired.   They returned to their home in Beaver Dam during 1973.   He was active in the Church of Jesus Christ of Latter Day Saints and enjoyed attending and working in the temple; especially his calling in the Logan Temple Baptistery.  Dad loved all of his many callings as he served in the Stake High Council and as a Counselor and Ward Clerk through multiple Bishops. He had a strong testimony of the Gospel of Jesus Christ and was always a faithful Home Teacher.

After mom’s death in November 2005, one month after celebrating their 50th anniversary dad remained in their home.  He became deeply involved in their development, High Country Estates which they started together in 1993.  He enjoyed being outside and working with his heavy equipment and spending time with family and friends.

He is survived by his children, Debbie (Tom) Stokes of Tremonton, Craig (Krissanne) Veibell of Beaver Dam and Holly (Randy) Spatig of Franklin Idaho.  He has been blessed with nine grandchildren and 30 great grandchildren with two more on the way.  He is also survived by his sisters Vera Zillis and Irma Hobbs.

He was preceded in death by his parents and a brother, Wendell.