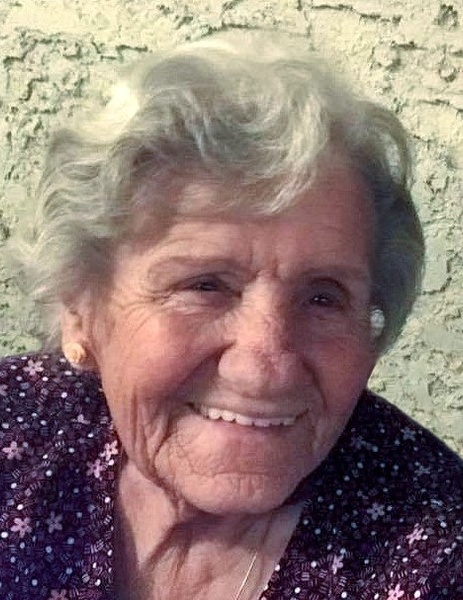 Janice May Wilde Hore, age 83, returned home to her Heavenly Father on December 13th, 2018. Janice was born in Eureka, Utah to Clarence and Louise Wilde. She was the fifth of fourteen children. Janice enjoyed her childhood growing up Eureka. She spent endless hours in the kitchen with her mother mastering recipes that we will never be able to match. Janice graduated Tintic High School as a member of the cheer squad before marrying the love of her life, Richard Wellington Hore. Richard and Janice were married June 13, 1953 in Las Vegas, Nevada. Together they raised a family of four boys and one girl. The family moved several times before making Honeyville their home. Janice retired along side Richard in 1990 after many years keypunching at Thiokol and forming lifelong friendships. She enjoyed riding her golf cart, crocheting, puzzles, family dinners, and shopping trips with Nicole and the girls.  Janice leaves behind her husband, Richard, of 65 years, two sons Richard (Sue) Ore, Robert Ore, daughter-in-law Linda Hore, son-in-law Dennis Anglesey, six siblings, and numerous grandchildren and great-grandchildren. Janice is preceded in death by two sons Danny L. Hore, Brian Scott Hore and daughter Nancy A. Anglesey. Janice's final wishes are being honored with cremation and no public services.