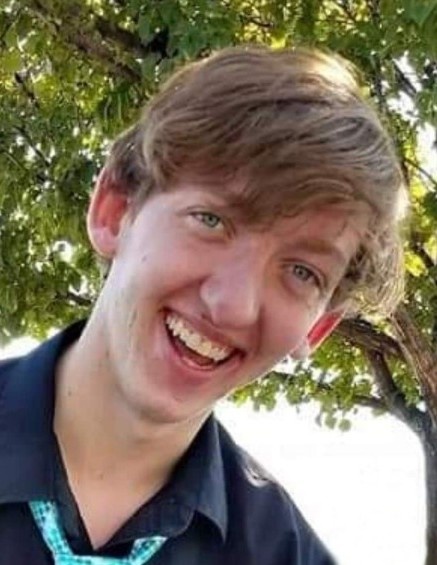 Jason Michael Owen, better known as “Mookey,” age 22, of Tremonton, Utah, passed away on May 3, 2021 from injuries sustained in a car accident.

Born November 6, 1998 in Tremonton, Utah, to Jason and Diana Murphy-Owen, Mookey spent his first five years with his parents and big sister, Alexxa in Brigham City.  During that time, he was loved by 23 foster sisters and 2 foster brothers, all teenagers. After adopting the last three of those foster siblings into their forever family, they moved to Tremonton. Mookey exasperated and delighted many school teachers with his charm at North Park Elementary, Harris Intermediate, Bear River Middle School, and then graduated from Bear River High School in 2017.

Mookey was a very charismatic, enthusiastic, and clever friend to everyone, and he loved people unconditionally.  He knew how to make anyone smile and had a special gift of helping everyone feel important. He had a wide variety of interests and talents, which allowed him to befriend people of all ages and from all walks of life.

Not only did Mookey love people, he had a great passion for critters of all shapes and sizes.  He was fascinated with learning and sharing his knowledge of all things related to the animal kingdom.  When he was 15, he earned a coveted Teen Docent position at Utah’s Hogle Zoo, where he spent countless hours volunteering.  Because of his amazing animal knowledge and presentation skills, Mookey was promoted to serve as an Animal Handler, where he shared conservation messages to zoo guests while giving them a hands-on animal experience during their visit.

Music and the performing arts were also a significant part of Mookey’s life.  He played the trumpet and French horn in the Bear River Marching and Concert Bands, the electric bass guitar in the Bear River Jazz Band, the cello and upright bass in Bear River’s orchestra, and the ukulele anywhere he was allowed. He quickly learned how to play any instrument he touched. Mookey had a beautiful voice and loved to sing along with every song that came on the radio.  He often sung songs from The Beatles and the Beach Boys, as well as the entire story of Les Miserables. He thrived on entertaining his friends and family, and even random strangers. Mookey was an awesome character actor who enjoyed making people laugh.  He participated in several productions at his high school, as well as community and church theatrical productions.  He was a character performer with his beloved sister, Alexxa, at “A Dream Come True Party,” often entertaining crowds as Spider Man, Captain America, or a Jedi. He enjoyed performing and entertaining on stage, in parades, during any class at school, and even while working his high school job with an Australian accent in Wendy’s Drive-Thru.

Mookey was also an exceptionally talented water polo player. He loved the sport, playing on Bear River’s team from 6th grade through 12th.  He always showed amazing sportsmanship, and could often be seen with a big smile, giving high-five’s and complimenting his opponents on their well-played shots.  He worked hard to improve his game, but he was also determined to have fun! He loved to throw in a creative trick-shot every now and then.  At the end of his senior year, he was awarded a position on the Water Polo First Team Academic All State. #PIZZA!

After high school, Mookey worked a variety of jobs including landscape maintenance with IMT, making donuts at Jonny O’s, and he recently obtained a license to perform pest control. He planned to pursue a career in zoology.  When asked to describe himself online, he once said: “Animals, music, and nature.  That’s me.”  His family and friends will quickly add “people-lover” and “genuine friend” to his description.

Mookey was preceded in death by his big sister, Sammantha Ewing, and his Uncle Steve Murphy.  He is survived by his parents, two sisters: Alexxa (David) Reynolds, and Rebekah (Raymond) Quick, and his brother Michael Owen.

The service will be livestreamed and may be found at www.ruddfuneralhome.com under Mookey’s obituary.