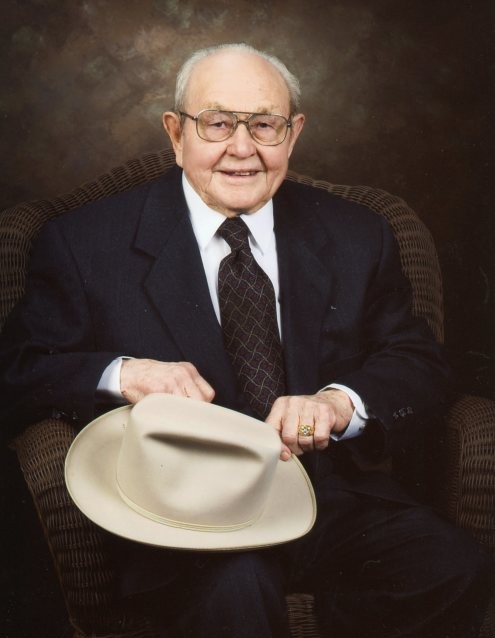 He was the fourth of five children. His mother died when he was 4 years old, and he and his siblings were raised by his father.

Raised in the Tremonton-Garland area, he was an ardent baseball player and played for Garland in the old Utah-Idaho Baseball League. The New York Yankees made him an offer to play for their AAA team in Omaha, Nebraska, and he declined.

He joined the Utah National Guard when he was 17 years old and served for eight years. He became a “sugar boiler” for the Utah Idaho Sugar Co. when he was age 17 and worked the winter campaigns for many years. However, he really enjoyed farming and ranching. He purchased a small 40-acre farm east of Tremonton in 1940, and he and his brother, Roy Morgan, farmed it along with leased land in Tremonton, Brigham City, Mantua, and Dry Lake.

By the end of World War II, they were ready to purchase a larger farm of their own and bought a show place dairy farm in Morgan County, where they raised their families. He and his brother eventually went their separate ways. Then he and his son, Al Morgan, spent 44 years ranching with properties in Kelton and Stone, Idaho.

He is preceded in death by his parents, 4 siblings, wives Ophelia and Violet, grandson Cory Struhs, sons-in-law Roger Anderson and Earl Harding, and daughter-in-law Bonnie Tomlinson.