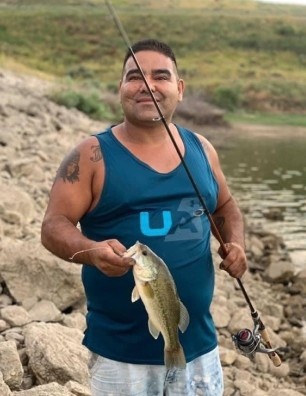 Tremonton- Jesse Gonzales, 48, passed away on October 10, 2020 in Ogden, Utah. He was born on May 31, 1972 in Parlier, California to Mary & Jesse Gonzales. He was raised in Oregon where he attended Halfway High school in Halfway, Oregon. He later attended Walla Walla Community College where he earned an associate degree in Autobody Mechanics. His family later moved to Tremonton, Utah. In Utah, Jesse worked for Morrelli Construction, and was a jack of all trades. There was not anything that Jesse could not fix or build. If he did not know how to do something, he took the time to learn how to do it.

Jesse was an artist, handyman and loved to work with his hands. He loved listening to classic rock and 80-90’s rap.  He loved fishing more than anything. In his spare-time, you could find Jesse on a lake or near a river with his fishing pole.

Jesse was preceded in death by his father, Jesse Gonzales; brothers, James Gonzales (his twin brother who passed away during birth), Orlando Patina; grandparents, and uncles.

The family would like to extend a special thanks to Henry Gordon Jr, Kiyo Hashimoto, Eric & Amber Morrelli, Teresa at Garden Gate Floral, Chuy Moreno & family and Sergio.