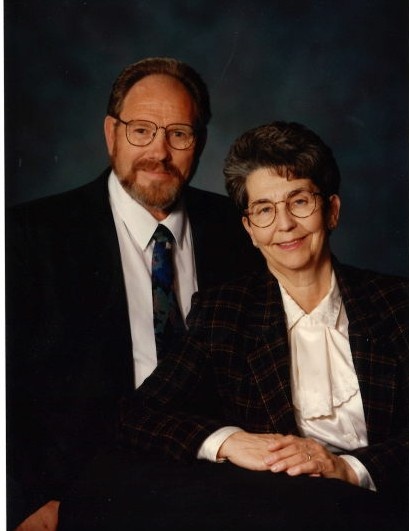 Joanne Lasley, age 89, passed away peacefully in her home on April 2, 2021, in her family's presence. Joanne was born February 25, 1932, in Idaho Falls, ID, to Sarah Earl and Einer Peder Pederson.

After graduating high school in Idaho Falls, she earned her nursing degree at Ricks College and the LDS hospital. Jo and Gordon met while she was in high school and were married 9 days after he returned from his mission on October 9, 1952, in the Logan Temple.

Jo had a strong love of the arts, starting as a young girl. Her passions ranged from gardening, painting, sculpting to teaching art classes. She built up the fine arts division in the community fair and produced roadshows for over two decades in the Tremonton area.

Jo was preceded in death by three grandchildren: Aimee Denise Lasley, Steven David Lasley, and Jack Spear. She was also preceded by her sibling Peder and his wife, Sharon Pedersen. She is survived by Einer and Marian Pedersen and Ruth and Richard Pape.

The family would like to extend a special thanks to Tiffany and Debbie for their care. And to 3rd Ward Compassionate Service.

Viewing and funeral services will be held on Monday April 5, 2021 at Rogers and Taylor Funeral Home (111 North 100 East Tremonton). The viewing will be held from 9:30am-10:30am with the funeral to follow at 11:00am.The service will be live-streamed and may be found at www.ruddfuneralhome.com under his obituary.

Mr. Gordon Lasley passed away on Tuesday, March 30, 2021. There will be a double public funeral for the couple.