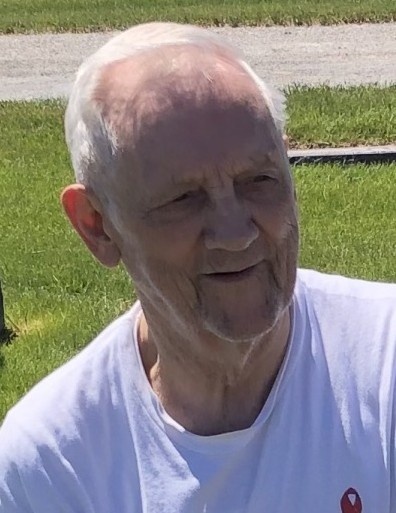 Joe Dee Smith passed away with family by his side.

Joe returned to meet his wife Myrna and Son John Cameron September 4 2021. He was the 4th child born to Polly Fredrickson Smith & John Cameron Smith on July 22, 1934. Joe was on the wild side back then, who has a son and nephew that could be his twins.
Dad married Myrna Loy Hadfield on July 27, 1955 in Las Vegas and was later sealed for time and all eternity in the Logan Temple on January 15, 1976
Dad loved his truck, my mother would say probably more than her. Dad always provided well for his family and grandchildren. Dad loved hunting (well drinking), motorcycle riding, and taking family trips. Dad drove truck for 60 some years and finally retired after he turned 84 and crashing 2 semi’s for Jimmy (Stokes Trucking) and then drove for King Farms before finally calling it quits.
In 1955 Dad served in the Navy, stationed in San Diego & Hawaii.

He was proceeded in death by his parents John Cameron & Polly Fredrickson Smith, One brother and Two sisters. He was also proceeded in death by his third son John Cameron Smith, and Grandson Nevada Glenn Smith.
He is survived by 4 sons, and 8 grand children and 12 great grandchildren. Robert & Ronda Perry, Nevada. Bradley Joe Smith, Tremonton. Kevin Dee Smith & Fiancé Ruth Nicholson, Tremonton. Shaun Smith and Husband Robert Laubershimer, Nashville, TN. Jody Robinson & fiancé Thomas Powers, Boron, CA. Hana Strauss, Salt Lake City, Candice and Jonathon Bronson, Tremonton. Jared Covert, Tremonton, Ut. Christian & Melissa Smith, Nashville, TN. Samantha Jo & Matt Floyd, Pocatello, ID and Dakota & Kyla Smith, Bremerton WA He is survived by 1 sister Karen Stokes, Tremonton, UT.
Dad was well cared for in his last days by his granddaughters Candice and Jody along with Ruth and Prime Rose hospice which we would like to thank so much.
Funeral service will be held Thursday September 9 at Rogers and Taylor Funeral Home at 11 am. A viewing will be held prior to the funeral service from 10-10:45 am and on Wednesday evening from 5-6:30 pm. The services will be livestreamed and may be found at www.ruddfuneralhome.com under his obituary.