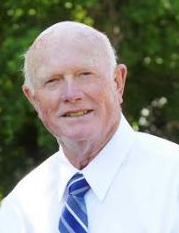 John graduated from Uintah High School in 1963. John went on to serve a mission for The Church of Jesus Christ of Latter-day Saints in the Central British Mission. After returning home, John pursued an education in Auto-Mechanics at Weber State College. This led to his becoming a head mechanic for Box Elder School District.

John married his sweetheart, Opal Joy Reeder, on June 21, 1968, in the Salt Lake City Temple. Newly married, John served his country in the Vietnam War from 1969-1972. While stationed in Long Bin he advanced to the rank of Specialist 5 of the military, received a Bronze Star for Outstanding Military Service, and an Army Commendation Medal.

His greatest accomplishment was raising his children in the gospel and teaching them the value of hard work. John spent many days in the shop working on anything that had moving parts, a trait he passed on to his sons. He taught them to work with their hands. John also had a very special place in his heart for his only daughter, JoLynn. John’s enduring, rich love led to 53 happy years with his eternal companion Joy. The bond of family was his greatest treasure.

Throughout John’s life he created  many memories in Escalante, Utah. John gave aid to his mother and father in fixing up their family home in Escalante. He and Joy would return with their own family each year to work and play. John enjoyed dairy farming and cruising main with his sweet wife Joy.

John was a devoted member of The Church of Jesus Christ of Latter-day Saints, and served his community in various callings throughout his life. His serving heart led him to create lifelong friendships.

John enjoyed hotrods, helping others, and supporting his family in all their doings.

He was preceded in death by his parents, JC and Eva Haws, and his sister Uvene Manwaring.

Loved by so many, John will be dearly missed. John’s example, leadership, and love will continue with his family throughout their lives.