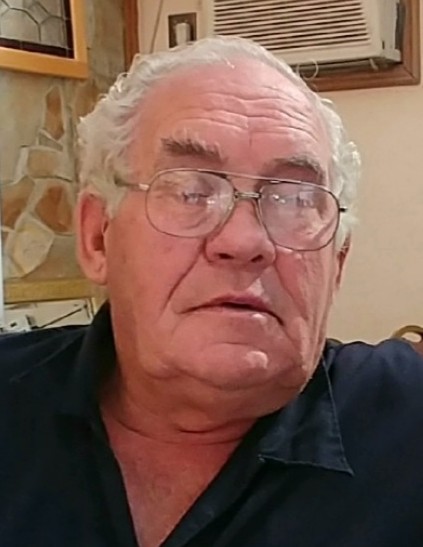 Every day for decades, Joseph Peck Corbett, 84, of Tremonton, Utah, sat at the kitchen table, opened the newspaper, and said, “Let’s see if I made the obituaries today… Nope, still not in there.” Well, Dad and Grandpa, we’re not sure what newspaper delivery is like on the other side, but we wanted to let you know that you have arrived.

Joseph Corbett, better known as Joe, passed away on April 27, 2021. He was born August 11, 1936, in Salmon, Idaho, to Glenn H. Corbett and Melissa Ione Peck Corbett. He married the love of his life, Emily Louise Tolman Corbett, on July 27, 1956, and they had 4 wonderful children.

Joe worked at Morton Thiokol for over 30 years, where he was given numerous awards for his work helping to send people into space. He loved computers and technology, and if Elon Musk had met him twenty years ago, we might all be reading this obituary from Mars. When he wasn’t at Thiokol, Joe could be found mowing over 56 lawns per week, or in oil-splattered coveralls at his business, Joe’s Fix-it Shop, where he repaired everything from small engines to his grandkids’ bikes for 55 years. The shop was a magical place that contained a plethora of random and exciting items for his curious grandkids to uncover, and a never-ending supply of Cheez-Its, which meant many of those exciting shop items were covered in small orange fingerprints.

He was an incredibly hard worker who built a successful business and used his resources to help his kids and grandkids have experiences they would always remember—from monster truck races, to road trips, to Disneyland, and many memorable sand dune vacations where an adventure was always guaranteed. He loved taking things apart and making them better, and nurtured a curiosity about how things work in his sons and grandkids. He was an innovator who frequently built toys for his children, and came up with many ideas to improve upon the equipment he repaired. He also instilled a love for loud engines and fast cars in his family, especially Ford Mustangs.

Joe was an avid motorcycle and sand rail rider, and was never afraid to blaze new trails. He inspired others to be trailblazers too, including one of his sons, who pioneered his motorcycle directly into a Utah west desert sinkhole. Joe spearheaded a complicated and legendary rescue mission, and then he repaired that salt waterlogged engine, too.

He loved his wife, Louise, with his whole heart and soul, and would do anything for her, including wearing neon green wigs to match their custom-built sand rail, dressing up as gift boxes to visit people during the holidays, and agreeing to no longer rocket his sand rail up a particularly treacherous dune after he got in trouble for it.

Family meant the world to him, and Sunday evenings were reserved for bicycle trips, where he rode the two-seater bike he specially built to make sure he could give his grandkids rides. Family, friends, and occasionally random strangers, would join in. All were welcome when it came to Joe. In the past few years, you’d often find Joe and Louise on their front porch, where Joe would be driving RC cars, and piloting his drone. Whether it was going to family reunions, camping at the sand dunes, or taking a jaunt in one of his beloved Ford Mustangs, Joe lived life full-throttle, and if something was dangerous and fun, he was bound to encourage it.

He was a member of The Church of Jesus Christ of Latter-day Saints in the Tremonton 9th ward, and served in many callings: Elders Quorum Presidency, High Priest Quorum Presidency, Member of his ward’s Seventies Quorum, Boy Scout and Cub Scout leader, Young Men’s, Sunday School, Nursery, and Stake and Ward Missionary.

He was proceeded in death by his father, Glenn H. Corbett, and his mother, Melissa Ione Peck Corbett; his step-mothers, Ina Corbett, and Dora Corbett; his brother, Gary; his sisters, Carol, Joyce, and Harriet; and a great-grandson, Preston Beck. He is survived by his loving wife, Emily Louise Tolman Corbett, his children: Craig (Natalie) Corbett, Sherrie (O’Deen) Kay, Allen (Lyn) Corbett, and Tamera (James) Johnson. He is also survived by 15 grandchildren (and their 10 spouses), 31 great-grandchildren, step-brothers Donald and Roger; step-sisters Kathrine, Shirley, Janice, Wanda, Evelyn; and numerous nieces and nephews.

A viewing will be held from 6:00 to 8:00 pm on Thursday, May 6, and 9:00 to 10:30 am on Friday, May 7 at the Tremonton South Stake Center, 1150 South Tremont Street. Funeral services will follow the viewing on May 7 at 11:00 am. He will be laid to rest at the Honeyville Cemetery. Face masks are required for viewing and funeral attendance, and oil-splattered coveralls are encouraged. The service will be livestreamed at www.ruddfuneralhome.com and may be found under his obituary.

Louise is severely allergic to flowers and can’t accept them, so in lieu of floral arrangements, donations to The Mission Fund for The Church of Jesus Christ of Latter-day Saints would be appreciated.

Joe was a wonderful dad, husband, grandpa, great-grandpa, uncle, and friend. He will be deeply missed, and so will his special peanut butter mix recipe, his Dutch oven cooking, late night ice cream parties, and his contagious laugh. We’re certain he was greeted by loving family members, and his arrival was announced with a chorus of Ford Mustang engines. In parting, we’d like to leave you with one of his favorite pieces of advice: Life’s short. Eat dessert first.

We Really appreciate all your condolences as well as your Loving & Kind Messages.

Because of Louise being SEVERELY Allergic to Flowers ~ She is Not able to be Around  or Receive them!!

In Honor of Dad's Love for Missionary Work we are asking instead of FLOWERS to donate to the Church Missionary Fund.

****Please note, there has been a change regarding the viewing tonight for Joe. The viewing will now be a drive-by viewing only at the Tremonton South Stake Center. It is suggested from the family that double masks be worn for the viewing and funeral that will be held tomorrow.