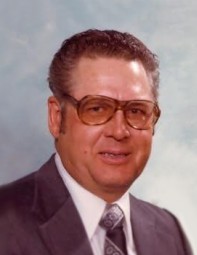 Joe attended B.Y.U. for one year before being called on an LDS mission to Hawaii. When he returned home he joined the U.S. Navy for four years.  After boot camp, he came home to marry his sweetheart Sally Kirkham.  They were married in the Logan LDS Temple on July 16, 1951. They were stationed in San Diego, California for the entire four years where he served as a dental technician.

When Joe returned home from the Navy, he attended and graduated from Utah State University in Logan, Utah. He spent most of his career teaching industrial arts and drafting at Bear River High School in Tremonton. He served as president of the Box Elder Education Association in 1964/65. Joe retired from teaching in 1978 to farm full time. While living in Tremonton, he was a member of the Box Elder County Sheriff’s Posse.

In 1968 Joe bought his dad’s farm and the family moved back to Snowville, Utah. He loved working with horses. He had draft horse teams and enjoyed hooking up the horses and taking nieces, nephews, grand kids and friends on wagon and buggy rides. He also enjoyed feeding cattle the old fashioned way, with a team and wagon.

Joe was active in the LDS Church and served as ward clerk for four different bishoprics. He always had a love for travel and was very fortunate to take many trips with dear friends and family.

He was preceded in death by his parents, Alma and Rennis Larkin and a sister Florence Hall.

Thank you to the kind staff at the Bear River Valley Care Center and the nurses from Integrity Hospice.