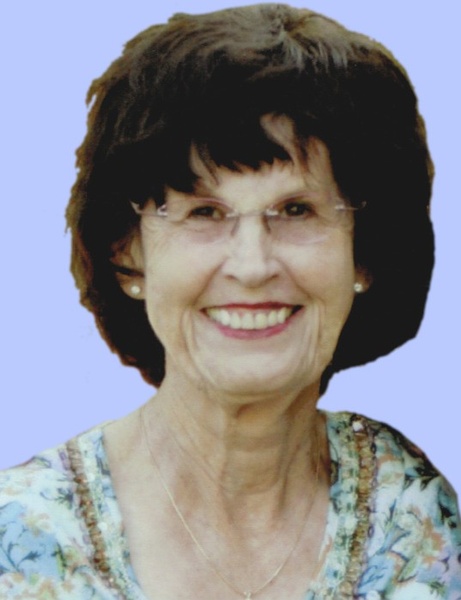 Judith Ann Bell Hardester was born December 6, 1939 in Cedar City, Utah to Sheldon Archie and Clara (Donna) Barton Bell.  She passed away Monday, March 4, 2019 in her home after a long illness.

As an infant Judy moved with her parents to the Navajo Indian Reservation where her father worked for the Bureau of Indian Affairs. Three years later, her sister Diane was born. At the age of six, her family moved to California where she spent the rest of her youth. She graduated from High School in Middletown, CA in 1957.

Judy met Walter Reed Hardester when she was in the seventh grade. They began dating later in high school and married September 6, 1958. They enjoyed completing their college educations together at San Jose State where Judy graduated with a degree in elementary education in 1961.

Shortly after graduation, Wally and Judy moved back to Middletown, CA where they became involved in the family grocery and hardware business. Along with being involved with the family business, she was actively engaged in the community and periodically filled in as a substitute teacher at the local school.

Judy loved nature and animals. She collected rocks, picked wildflowers, watched birds, and enjoyed walking along the beach collecting seashells. Her children grew up taking care of dogs, cats, horses, and other animals.

She enjoyed sewing and making quilts. She was a gourmet cook, and anything she created contained sugar, cream, and butter.  She enjoyed gardening, playing the piano, and watching stage plays and musicals. Music brought much joy into her life.  She loved traveling and viewing the beautiful things and places of the world. She was an avid reader; she continually sought to improve her mind and stay up to date with technology. This kept her in constant contact with her children and grandchildren, and also enabled her to pursue her love of genealogy and family history.

Having her family together brought her the greatest happiness. Every gathering, holiday, and family reunion was planned with her children and grandchildren in mind—her goal was to make everyone feel special. Judy always planned activities for all to participate and have something to take home as a memory.

Judy was an active member of The Church of Jesus Christ of Latter-day Saints.  She served in many capacities including various leadership positions.  She and Wally served an 18-month mission in the Toronto Canada East Mission office. Judy fell in love with the people of Toronto and appreciated the many different cultures of the people she met.

Funeral services will be held Saturday, March 9, 2019 at 11:00 a.m. at the Tremonton Stake Center located at 660 North 300 East in Tremonton, UT with a viewing prior from 9:30-10:30 a.m.  Services to be held the following week in Middletown, CA. Judy will be buried in the Middletown, CA Cemetery.

In lieu of flowers, the family suggests donations be made to the General Missionary Fund or the Humanitarian Aid Fund of The Church of Jesus Christ of Latter-day Saints or a charity of preference.