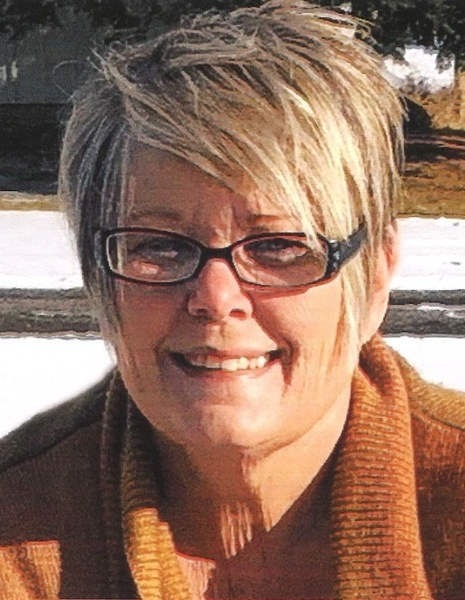 Julie Ann (Hess) Christensen, age 63, of Thatcher, Utah passed away at her home July 26, 2020 after a valiant fight with pancreatic cancer.

Julie was born to Drex and Ila Hess June 30, 1957 in Tremonton Utah. Shortly after her birth, they moved to Garland, Utah, where she was raised along with her siblings Bart Hess (wife Lesa) of Elwood, and Jenny Mitton (husband Rick) of Plymouth, Utah.

Julie graduated from Bear River High School in 1975, where most of her focus was on having fun. Julie met her eternal companion that summer. After a short courtship she married Evan Cordell Christensen January 31, 1976. They were later sealed in the Ogden Utah Temple of The Church of Jesus Christ of Latter-day Saints on October 8, 1977. They established their home in Thatcher, Utah where they raised their family and served the Lord for 44 years.

Julie was an active member of the Church. She loved the gospel and served in many callings in the Thatcher Penrose 2nd Ward. Julie and her eternal companion Cordell served as ordinance workers at the Brigham City Temple, Stake Service Missionaries spending six summers traveling and serving around the country in their RV as Young Women Camp Hosts. They served at Zion’s Camp (Raymond, New Hampshire), Bing Canyon Pioneer Camp (Plymouth, Washington), and Camp Atoka (Huntsville, Utah). They loved the senior couple missionaries they met and served with creating life-long friendships. During the winter, they migrated south as snowbirds to enjoy the warm weather of Arizona.

Julie was a people person who was able to approach and start up a conversation with anyone she met. She truly enjoyed people and had a way of remembering names and faces, which she utilized in her working career at Wells Fargo Bank and Edward Jones. She seemed to know everyone, which turned routine grocery store trips into reunions.

Funeral services will be held at the Rogers & Taylor Funeral Home for family and close friends only. COVID-19 guidelines are to be followed, including the wearing of face coverings at all times.

A private funeral service will follow at 12:00 p.m. The service can be live streamed at http://webcast.funeralvue.com/events/viewer/33902 or on Julie’s obituary page at www.ruddfuneralhome.com. Interment will be held at the Valley View Cemetery.