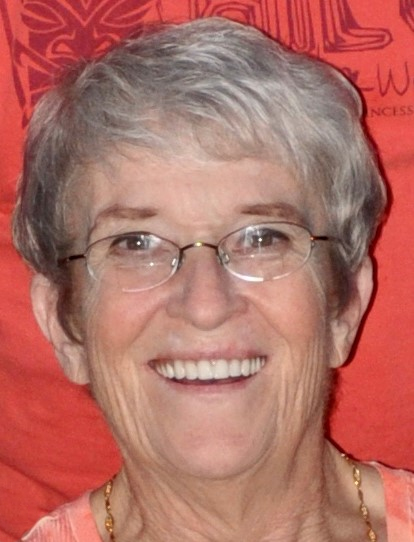 Karla Gardner Pella, 73, Our Sunshine, passed away peacefully on Sunday September 12, 2021, at McKay Dee Hospital in Ogden, Utah, surrounded by her loving family.

Karla was born January 16, 1948, in Tremonton, Utah to Elden F & Anna A Anderson Gardner. Her parents instilled in her at an early age the value of faith, hard work, loyalty, and having fun. She was raised in Elwood, Utah, and graduated from Bear River High School in 1966.

While working at Brigham Apparel, she met Scott Pella and they were married on October 15, 1971, in the Logan Temple. Following their marriage, Scott joined the Air Force where they had the opportunity to reside in Fairfield, CA; Guam; Glendale, AZ; Aurora, CO; and after the military they moved back to Utah and eventually settled in Garland, UT.

Karla was an active member of The Church of Jesus Christ of Latter-day Saints. She served faithfully in many church callings. Those with whom she served can attest to her love of our Savior and her commitment and devotion to each calling. She also served a mission in 1969-1971 to the Western States/Montana-Wyoming mission. She was most proud of the generational impacts she was able to make on those she taught from her mission.

Karla held many jobs over her life, but the one she was most known for was Karla’s House of Cakes. At a young age, she would help her mother make cakes, this is where her love of cake making was first born. She made thousands of cakes in her 40-year cake career. She also loved making homemade chocolates and caramel apples.

She loved to travel and spend time with her family and friends. It was not out of the ordinary to receive a call out of the blue from Karla, she had an innate ability to sense when others were in need or just needed a laugh. You could often find Karla delivering cookies, goodies, and meals to her neighbors or others in need.

Her most valued treasures were her children, grandchildren and great grandchildren. She looked forward to any opportunity she had to support them or just spend time with them. She was not only their biggest fan, but their loudest.

She was preceded in death by her parents, brothers Frank (Mary) Gardner and Dallas (Dorothy) Gardner, and brother-in-law Jerry Gordon.

Interment will be in the Brigham City Cemetery.

The family would like to thank the doctors and nurses at McKay Dee and Tremonton Hospitals for their loving care of Karla and the Garland 5th Ward Relief Society for their compassionate service.