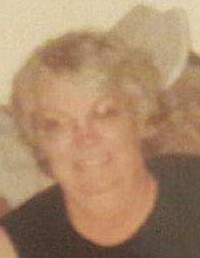 She is survived by three daughters Terry Lanier of Ogden, Utah, Tami Wesoloski of Riverdale, Utah and Pam Maughan of Layton, Utah, three siblings Connie Marsing of New Mexico, Dale Rowe of Arizona, and Janice Busch of Colorado. She is also survived by 10 grandchildren and 5 great grandchildren and her two favorite friends – her dogs: Shadow and Gracie.

She moved to Bothwell in 2007 after remarrying her first husband, Paul W. Brown and remained a resident there until her death January 11, 2017.  Up until her re-marrying and moving to Bothwell she had been a long-time resident of Ogden, Utah.  She moved to Utah from Colorado in 1968 and started work with the IRS and was the sole support for herself, her three daughters and later her mother until her retirement from IRS at which point she then took a position with Hill Air Force base as an administrator.  During her years in Ogden she also served as a Navy Reservist.

Mom was always doing projects and helped anyone who came to her in need of ideas or a project completed.  She was generous with whatever she had and made sure her family and friends were taken care of.  She could sew anything, paint anything, fix anything and did it with her own flare.  She is very much loved and will be deeply missed.