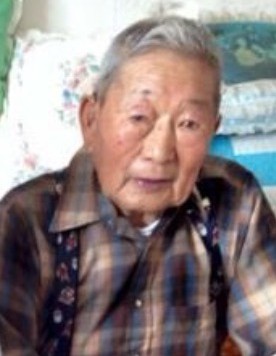 Kenge was born June 14, 1922 in Tremonton, to Minoru and Momoyo.  He graduated from Bear River High School in 1941 and was remembered as a great football and track player. On Janary 26, 1952 he married Marye Kikuchi. Kenge, his three brothers and their families were hard working farmers and even when the farm was sold, he continued to work. He worked in his garden, fixing tractors and all types of other vehicles.  His second home was his shop (garage).  The neighbors would enjoy seeing him ride around on his 4 wheeler.

The family would like to extend a special thanks to Lydia Martin who cared for him on his sleepless nights, the University of Utah burn center, and the home health care agencies.