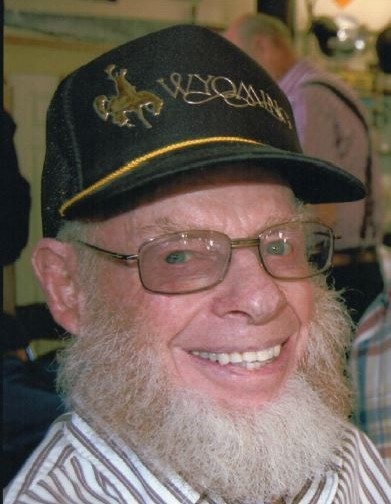 Kenneth William Hight—known to most as Red—peacefully finished his mortal journey on March 8, 2021, at the age of 86. He died of complications from a long-term illness in Brigham City, Utah, where he had called home for more than three years after living in Thatcher the preceding 30 years. Born to Curtis William Hight and Lola Bessie (Smith) Hight on April 11, 1934, in Glenwood Springs, Colorado, Red was the oldest of their four children. He grew up in rural Colorado and Wyoming during the Great Depression, World War II, and the post-war time period, learning an agricultural lifestyle that remained an important part of who he was throughout his life—regardless of occupation. As some have said of him on occasion, “You can take the farmer off the farm, but you can’t take the farm out of the farmer.”

Being the salutatorian of his high school graduating class (of nine) gave Red an opportunity for higher education at the University of Wyoming, the first in his family to attend college. He interrupted his studies to serve in the U.S. Army from January 1954 to December 1955, spending time at Fort Ord (California), Brooke Army Medical Center (Texas), and Schofield Barracks (Hawaii). He returned to Laramie and graduated in 1961, cementing a lifelong rooting for his beloved Wyoming Cowboys—especially when they played BYU and USU.

Red eventually married, joining in matrimony with Eunice Ann John on October 17, 1969, in Tremonton, Utah. Their adventures together included living in Wyoming, Alaska, Oregon, and Utah, while they reared four children: Vonnie, Bill, Jolinda, and Cliff. Red joined The Church of Jesus Christ of Latter-day Saints in 1972 and was sealed to Eunice in the Logan Utah temple on November 23, 1973. Toward the end of his life, Red said that joining the Church gave him a greater sense of direction. During the same conversation, he also said, “Life has been very good to me overall. I have a wonderful wife and a great family.”

Born to good parents who guided him in many positive ways, Red came from a family with agricultural roots. He followed in the same pattern by farming and ranching for many years. In his early 40s, he shifted careers and became an electrician. Yet, he continued gardening and helped friends raise crops and livestock, even as recently as last year. He treasured these opportunities to cultivate the earth and relationships with others on it.

Speaking of other people, Red often made connections easily with strangers since he had a curious mind and was interested in those around him. His family had many experiences of being in an unfamiliar place, yet Red would be able to strike up conversation with someone and figure out a common connection. Two other well-known attributes that Red maintained until the end were his consistent sense of humor and his strength of determination. With the former, Red’s family and friends were used to his sly wit coming out in most conversations. With the latter, his stubborn streak was legendary to those who knew him well.

While it had nothing to do with his nickname or hair color, Red was a lifelong fan of the Boston Red Sox and treasured his trip with some family members to Fenway Park in 2019. He also followed other sports, yet Red especially gave much time and energy to many church softball

teams for the Thatcher-Penrose Second Ward. In fact, some players called him “the best softball coach TP2 has ever known.”

Red did electrical work for more than 25 years with companies that included Udelhoven and VECO in Alaska, Le Champignon Mushroom in Oregon, and Wood Electric in Tremonton, Utah. After his supposed retirement in 2007, Red filled his time tinkering on his own projects and helping others with various electrical, mechanical, and agricultural efforts.

Red was preceded in death by his parents, brother Charles, and many others whose relationships he treasured. While those surviving Red will miss him, they are reassured by the reunion he is enjoying with those who have been awaiting his arrival in the next life.

The family expresses deep appreciation for all the healthcare professionals who served Red and his family during his final weeks.

Burial will occur at the Bothwell Cemetery and is being handled by Rudd Funeral Home. Due to the current public health crisis, a memorial service will be planned in the future. Anyone wishing to participate in the service can notify the family through this survey: https://tinyurl.com/f9ctacz6.

In lieu of flowers, those wishing to remember Red may contribute to Life-Skills and Individual Needs Center (LINC) in Brigham City by sending donations in their name to Rudd Funeral Home.

Live services are running behind.