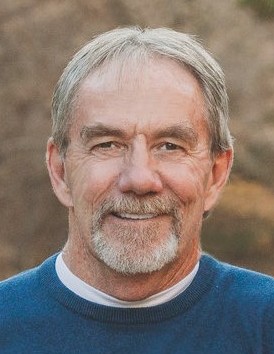 On Monday, October 25, 2021, Kip Owen Thompson, loving husband and father of five children, returned to his heavenly home at the age of 66.

Kip was born on September 13, 1955, in Logan, UT to Clark and Marjorie (Watts) Thompson. He received a bachelor’s degree in Business and Philosophy with a minor in History from Utah State University. On August 18, 1990, he married his best friend and love of his life, Paige (Vanderhoof) Thompson. They were sealed together on February 1, 2003, in the Logan Temple. Together they raised one son, Josh, and four daughters, Kristy, Kyra, Jorie, and Erin.

Kip was a loving, patient, and gentle man who adored and cherished his family with all his heart. He was a favored Papa who loved spending time with his grandkids. He always said that his wife got more beautiful as the years went on, and he set the standard for what his girls looked for in a companion.

Kip was a true, blue blooded Aggie. He was a yearly season ticket holder who never missed a game. He constantly watched Aggie games, with his arms crossed in the living room right in front of the screen, silently fist bumping the air when they made a good play.

He enjoyed golfing with his best friend Nate every chance he had. He cherished family traditions like camping, Sunday chocolate milkshakes, and weekend waffles with his family. If you knew Kip, you always heard an exaggerated story about his childhood or college days, or he blessed you with one of his many Dad jokes (which usually was followed by eye rolls and laughter).

Kip was a member of The Church of Jesus Christ of Latter Saints where he served in various callings faithfully. He was an avid journal writer and attended the temple every Saturday morning before the sun came up.

Loved by so many, Kip will be deeply missed. Kip’s example, loveable smile, and infectious laugh will continue with all of those who knew and loved him throughout their lives.

Kip was preceded in death by his father, Clark, his mother, Marjorie, and his son, Josh. He is survived by his wife Paige, his four children, Kristy Kelly-Taylor, Kyra (Max) Schuhmacher, Jorie (Tanner) Reed, and Erin Thompson, his brothers Jeff (Kathy) Thompson, and Bobby (Juliann) Thompson, and his sisters, Kristy (Paul) Kreutz and Troy (Kirk) Jensen.