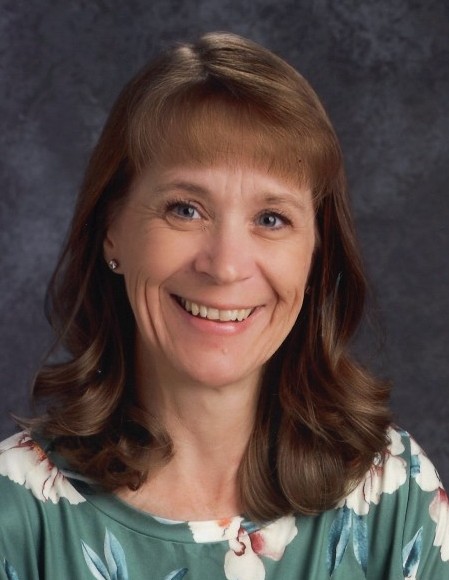 After an amazing battle, filled with bravery and courage, Kristy King Brenkmann was called home to her Father in Heaven on October 14, 2021. Kristy was diagnosed with a rare type of blood cancer that through the expertise of the medical staff, Kristy was able to fight and put this cancer into remission multiple times over the last 10 months, but this aggressive cancer refused to completely leave her body, and she no longer could fight the hard battle that she was facing.

Kristy was born to Karl Moroni King and Barbara Mitchell King on April 2, 1966 in Brigham City, Utah. Kristy spent all of her growing up years in Fielding, Utah, living the ideal country life, playing in barns, riding the neighbor’s horse, and ice skating in the road. She learned to be a loyal friend, a valued confidant, and most importantly, that she did not want the spotlight. She attended Fielding Elementary School, Bear River Junior High School, and graduated from Bear River High School. After High School, Kristy attended Utah State for a couple of semesters, and then completed an Office Occupations certification at Bridgerland Technical College. During this time she worked for the Golden Corral, where she eventually met her eternal companion.

Kristy made Rick Brenkmann the happiest man ever when she consented to marry him, and they were sealed for time and all eternity in the Logan Temple on September 13, 1986. Married life was a little different for Kristy, as she had spent the majority of her life living in one place, only to move to several new places with her husband over the next 15 years. During that time, Kristy lived in Logan, Utah; Escalante, Utah; Brigham City, Utah; Shelley, Idaho; Tremonton, Utah; and finally Plain City, Utah; the city she called home for the last 20 years of her life. During that time of nomadic life, Kristy was blessed with the arrival of her most prized possession, her 4 children. Due to the moving, Kristy had each child while living in a different city, different hospital, and different doctor each time.

Kristy worked in many different positions in her life. She worked in retail, restaurants, data entry and secretarial type positions, and Kristy even worked as a daycare provider for several years so she could be at home with her kids while they were in school. At the time of her passing, Kristy was employed by the Weber School District as a Reading Aide at Farr West Elementary school.

Kristy was an incredibly warm and loving individual, and she was the most selfless person that you could know. Kristy thought of herself last in every case. She did without more often than she did with because that is who she was. Even while battling cancer, and fighting tooth and nail to win her fight, Kristy continued to be selfless to the bitter end, thinking about others and what they would want over her own health. Kristy was a true giving angel, with her time, her talents, and her heart, and she will be incredibly missed by those who she was forced to leave behind.

Kristy is survived by her husband of 35 years, her parents, her 3 siblings, Dixie (Brooks) Anderson of Puerto Rico; Michael (Wendy) King of Fielding; and Wendi (Curtis) Coombs of Smithfield. She is also survived by her children; Josh (Charlene) Brenkmann of Centerville; Nikalle (TJ) Earley of Brigham City; Erica (Logan) Penrod of Logan, and Taylor Brenkmann of Plain City, 5 grandchildren that she adored so much, and many nieces, nephews and cousins.

Kristy was preceded in death by her nieces, Cami Anderson Southwick and Lindsey Nessen.

Special thanks would like to be extended by Kristy’s family to the Doctors and Nurses who have cared for Kristy throughout her long ordeal. We extend our gratitude to those staff members at the Loveland Bone Marrow Transplant clinic at LDS Hospital, the staff who cared for Kristy in the Neurology ICU at Intermountain Medical Center, and the incredible Nurses who work at the Infusion Clinic at IHC Layton Hospital for the loving, caring, and positive attitude that they showed Kristy throughout her ordeal.

The funeral will be held in the Poplar 1st Ward building starting at 11:00 am, with interment to follow at the Fielding, Utah Cemetery.

Compassionate Service to the family will be provided by the Fielding Ward Relief Society after the graveside services.