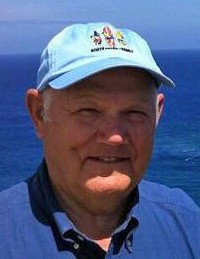 LaMar attended and graduated from Bear River High School. He also attended Utah State University where he earned his Bachelor’s degree in welding, which did not help him in trimming trees or mowing lawns.

LaMar worked at Thiokol and for the Department of Defense as a Civilian Contract Negotiator. He retired from Scott Air Force Base in Illinois, where he gave up his comfortable office for a jackhammer.

He served in the Army during the Korean War.

He is a member of The Church of Jesus Christ of Latter-day Saints. He served as Bishop in Utah, England, and Illinois. He served for many years as a Scoutmaster and a Temple Worker for over 20 years.

He was preceded in death by his parents.

The family would like to extend a special thanks to LaMar’s hospice nurse, Linsey Leavitt.