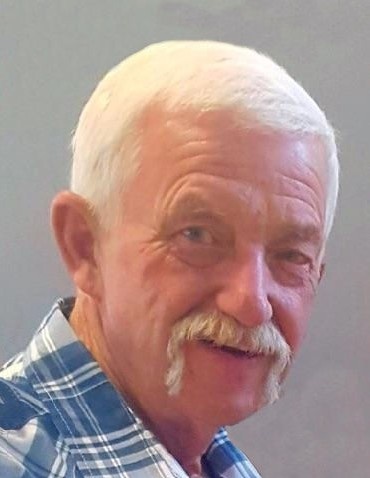 Larry Wayne Davison, 66, beloved husband, Dad, Papa and friend, returned to his Heavenly home and into the arms of his son, Danny, on April 7, 2018, after a courageous and valiant battle with, Hepatocellular Carcinoma (liver cancer).

He was born, July 13, 1951 in Kenmare, North Dakota, to Johnny Davison and Audrey Davison.

He graduated from Box Elder High School, 1969, where he participated in track.

He married Evelyn McCoy, they were later divorced. On July 30, 1999, he married his sweetheart, Julie Ann Hess, of Plymouth, Ut.

He lived in North Dakota, Wyoming, Arizona and Utah, where he resided until death.

Larry had a great love for Construction, working for several different companies, but his passion was being a Professional Truck Driver for over 40+ years, driving for various companies. In 2004 Larry decided to become his own boss, starting his own trucking company, “Davison Trucking”, which he was very proud of. He was known by all, for the pride he had in himself and the way he took care of his Semi.

He loved camping, fishing, hunting, golfing, trap shooting, going for ATV rides. Spending quality time with his friends at JC Diner’s each morning and looked forward to this with great anticipation. Each day to Larry was a gift.

But above most of all, was the love and pride, he had in his family. He had a great love for his grandchildren and it showed in his support in all their activities, they were involved in. Spending time talking to them and in helping them solve their problems.

He was a person that was always thinking of others and how to help them, instead of thinking of himself up to the end.

On March 21st, 2018, he was baptized a member of the Church of Jesus Christ of Latter Day Saints, stating, “This was long overdue.”

He was preceded in death by, Son-Daniel Thomas Davison, brother-Douglas Davison, and Father-Johnny Davison. His favorite Grandma-Opal O’Clair, along with his other grandparents.

We would like to thank everyone for their kind words, thoughts and prayers. The many friends and family that took the time to visit with him, he looked forward to these. Also a special thanks to CNS Hospice, especially Janine, Collette and Jason, for the love and tender care shown in his behalf, during this difficult time in his life. His Medical Oncology Team that assisted in Larry’s treatment.