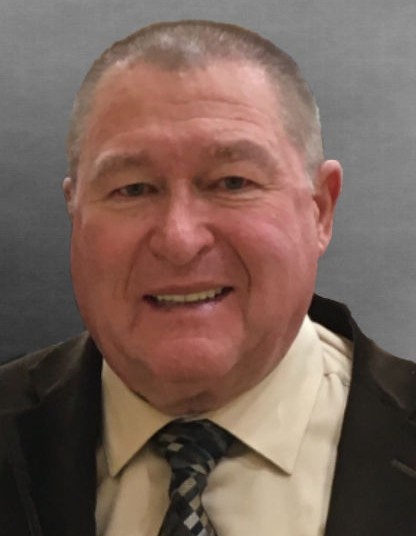 Larry LeRoy Forsgren, 72, died peacefully surrounded by his family, June 26, 2019 in Ogden, Utah. He was born May 20, 1947 in Tremonton, Utah to Twila Jane Tolman Forsgren and Jack LeRoy Forsgren.

Larry graduated from Bear River High School in 1965, where he excelled in track and football. After High School, he married Alice Ann Mortensen January 19, 1968. They were blessed with four wonderful children and later divorced. He then married Carolyn Holyoak, April 16, 1986, that union brought him four amazing stepsons and together they had two more beautiful children, effectively they became “The Brady Bunch.”

Larry spent his life serving others; he started his law enforcement career in Tremonton City and later found his true calling as a Trooper with the Utah Highway Patrol. He retired with 23.5 years of distinguished law enforcement service. He could be found on his days off ranching with his Dad in Thatcher, Idaho; which after retirement he did full-time. He lived a life of service and took great joy in mowing other people’s lawns and helping those who were in need. What brought him the greatest joy in his life was spending time with his wife, children and grandchildren.

Larry was an active member of The Church of Jesus Christ of Latter-day Saints. He served in many callings to include High Priest Group Leader and Elder’s Quorum Presidencies.  He and his wife Carolyn enjoyed serving two church service missions together. They spent three summers serving at the Cinnamon Creek Camp hosting youth camps and another two years serving as Institute Teachers for people with special needs in Preston, Idaho.

Funeral services for Larry will be held on Monday, July 1st at 11:00 am at the Preston 5th Ward Chapel, 213 S 200 E Preston, Idaho. Friends and family may visit Sunday, June 30th, from 6-8pm or Monday, July 1st from 9-10:30am at the same location. Following the service, interment will be at the Valley View Cemetery in Bothwell, Utah.

A special thanks to the all the staff and healthcare professionals at the Preston and McKay-Dee Hospitals for their excellent care during his last few days.