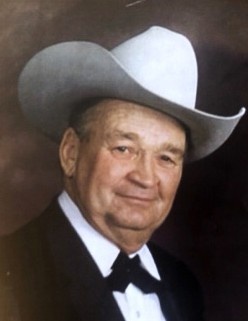 Leonard Thomas Wilcock Sr., 85, passed away on September 4, 2021 at Maple Springs Care Center in Logan, Utah. He was born on November 19, 1935 in Marysville, Utah to Myrtle Christina Holgate & Delbert Thomas Wilcock. He married Marilyn June Hamblin on April 18, 1953 in Farmington, Utah. They were later sealed in the Salt Lake City Temple on June 27, 1961.

Leonard was raised in Farmington, Utah and spent most of his early adult years working at Hill Air Force Base, but his passion was ranching and farming. He did a lot of custom farming in the Farmington area and eventually bought his own land in Wyoming’s Bridger Valley where he raised cattle and alfalfa. In 1982, Leonard and Marilyn relocated to Curlew Valley and continued farming and ranching there, eventually settling in Stone, Idaho.

Leonard was recognized as an accomplished farmer and earned awards, including Honorary Chapter Farmer from the FFA and Outstanding Young Farmer from the Kaysville Jaycees. He also received a certificate of recognition from the United States Air Force for his time at Hill Air Force Base.

He loved to attend rodeos and he and Marilyn belonged to the Twin Star Riders. They performed in drills at various rodeos. He also took pride in owning and breeding horses that raced in the Idaho Fair Circuit and he also raced chariot teams in Utah.