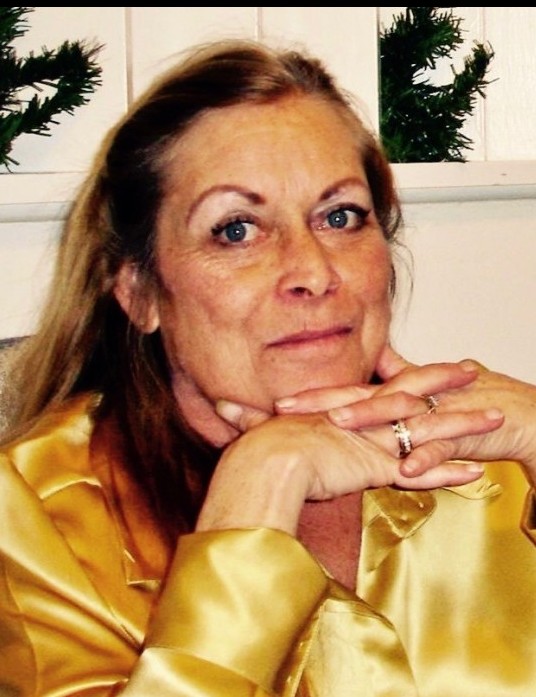 Linda Sue Franklin Koerber Hughes, 68, passed away in her home on June 30, 2020 after a valiant and extended battle with lung cancer and severe COPD. In fact, her Doctor was awed by her courageous attitude and diagnosed her recently with being “amazing.” She wore that badge with pride.

My mom was born Linda Sue Franklin on Feb. 20, 1952 in Rock Springs, WY.  Shortly thereafter her family (mother, father and older sister) moved from Superior (where her father and grandfathers had worked in the coal mines) into Casper.

She lived most of her life in North Casper and proudly so. As a little girl she would spend her days outside barefoot, and usually climbing trees. She was a lifetime advocate for civil rights, racial equality and generally treating all human beings with dignity and respect. She graduated from Kelly Walsh High School in 1970.

Linda worked with her mother and father as a cocktail waitress and barmaid for many years, and later in life enjoyed working at Ace Hardware and UBC where she could dive into helping people (and herself) with home improvement projects.  She loved doing these projects. She worked for decades improving her North Casper home and especially loved working on the garden and stream in her backyard.  She also loved animals, almost always having small dogs (tea cup poodles and Yorkies mostly), and a few well-loved cats over the years.

She was married to Ted E. Koerber for a short time, who adopted her only son Claud Roderick “Rick” Franklin (born 1973).  The couple divorced after a few years, but as was typical with my mom, she continued to help Ted later in life up until his death in 2006.  Linda was a devoted, but single working mother.  Nevertheless she made time to volunteer; and, even still dressed in her cocktail waitress uniform after working all day, coached youth soccer, and supported her son in local community sports.

Linda was proud to have been elected and to serve on the Casper City Council from 1993-1996 where she championed improvements to North Casper that are still visible today, like the sports/soccer complex. She enjoyed working to help Casper at the National League of Cities.  One of her treasured experiences was helping Casper's elementary aged school children participate in the Sister-City exchange program with Taipei, Taiwan.  Linda’s experience there was a cherished lifetime memory.  She also traveled to Egypt with her son and experienced a cruise on a Nile River tour boat and seeing all the ancient pyramids, ruins, and Temples - this too was a treasured lifetime experience.

Later in life she found love and married Norman Hughes.  The two moved to Paradise Valley, Wyoming and then to Lehi, Utah where she could be closer with her son and his growing family. Norman died in 2018. From 2014 until her death Linda lived in her own home across the street from her son in the small community of Grouse Creek, Utah.  She cherished her independence, but also loved living close to family and being able to see her grandchildren.  She made some close friends in Grouse Creek, who she grew to love and depend upon, and Grouse Creek reminded her of home back in Wyoming.  Although it was hard to be away from Wyoming, she treasured visits from her sister and nephew - and staying in touch with friends and family over the phone.

Privately Linda was an artist who loved to draw with pastels and to paint with watercolors (once even requiring the hospital ICU staff to provide her with drawing materials before she would consent to take her medicine.)  She also privately wrote short prose and poetry - until her hands became too distorted by arthritis. She struggled with health problems for the last decade, but did not complain.  She would often say she lived hard, so she knew the consequences.  She was a great example of hard work, treating others with dignity, love of family and country and generally viewing life with soberness, while always making room for some fun.

Linda's strongest loves and loyalties were to family (and her pets). She also treasured a few very special close friends.  Her last words were ones of satisfaction and love for her son, her grandchildren and her family.

As a young girl, she and her sister attended Sunday School and occasionally attended Southern Baptist services, and later in life she had many friends and family members who belonged to The Church of Jesus Christ of Latter-day Saints whom she respected and appreciated for their love and service at several difficult times throughout her life.  Linda, however, was generally quiet and private about her personal faith and beliefs, and she purposefully did not affiliate with any church organization.  Nevertheless, those close to her knew, heard and saw evidence that she had a deep, quiet and abiding trust in God; a genuine faith in Jesus Christ and unshaken trust in the Bible's promise that life continues after this mortal experience.

Linda lived a good, honest and hard life - full of experience and love.  At the very end, her last surviving Yorkie was found loyally by her side, which is what Linda would have expected. My mom will be dearly missed. A special thank you to faithful friends Debbie Mapp from Casper, Diane Tanner, Rosemary Tingey, Julie Tanner, and all those in the community of Crouse Creek who played such an essential role of love and service over the past 6 years. Also to her eight grandchildren who provided messages of support and much loved visits, and to her two youngest grandchildren, Marcus (10) and Annasatasia (8), who continually served their grandma with daily visits to help with chores, watch cartoons together, and who spent countless hours of playtime and service making cherished memories that will last a lifetime.

Friends and those wishing to share remembrances and messages can send them to Linda's family addressed to Linda Hughes, Box 5, Grouse Creek, UT 84313.