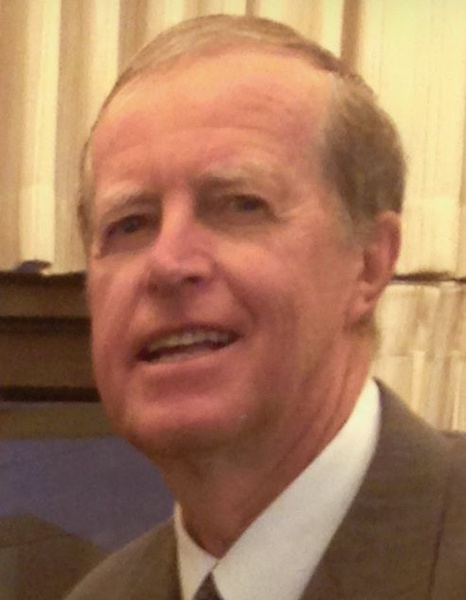 Loren Moncur Linford, 74, passed away peacefully surrounded by his family on March 7, 2018 in Ogden, Utah.

Loren was born July 20, 1943, to Jean Hulme and Phyllis Moncur Linford in Lovell, Wyoming.  He was the oldest of nine children and the first grandchild on his mother's side. In filling these roles, Loren tried to live up to his heritage and set a good example.  Loren had many fond memories of spending summers on his grandparents' ranch in Wyoming with his younger brothers, aunts, and uncles.

Loren's formal education came from Cache Valley schools. He attended North Logan Elementary School and South Cache High School.  Upon high school graduation in 1961, Loren went to Utah State University, where he earned a Bachelor of Science in 1970 and a Masters of Engineering degree in 1973.

From his teenage years to his college graduation, Loren held a variety of interesting jobs including working at the Hansen apple orchard, the U.S.U. Nursery, the U.S.U. Forestry camp, and the U.S.U. Water Research Lab.  He also worked at the Budge Clinic as the night answering service.

After graduating from U.S.U., Loren served in the United States Air Force at Hill Air Force Base. He held the rank second leiutenant and worked as a computer programming officer.  Loren then began working for Thiokol Corporation, where he was employed for 17 years.  During this time, he worked on space, tactical and strategic motors.  He later worked for many years at Hill Air Force Base as a lead program engineer.

Loren married the love of his life, Rose Ann Thompson, in the Logan LDS temple on Sept. 6, 1980.  The couple were blessed with six children:  Phyllis Jean, Lee Thompson, Christopher Thompson, Henry Tyler, Loren Thompson, and Aldena Rose.  All of their sons have served missions for the LDS church.  Lee has also served in the U.S. Army.  Their daughter, Aldena Rose is currently serving in the Yakima Washington Spanish Speaking Mission.  Loren and Rose Ann were pleased to see their son, Henry, married in the Logan LDS temple to Isador Frazao on Jan. 13th, 2018.

As an active member of the Church of Jesus Christ of Latter-day Saints, Loren served in many positions including ward clerk, High Priest Instructor, Elder Quorum Presidency Member, and primary worker. He was a full-time missionary in the North East British Mission from 1962 to 1964.  Scouting was very important to Loren.  He earned the rank of Eagle Scout and later served as a Cub Scout Bear Leader and as a Scoutmaster.

Loren will be remembered as a kind, gentle man with a strong moral character and a noble heart.  He had a special place in his heart for his mother and helped care for her after his father died.  He was continually concerned for the welfare of all his family.  Loren was often the family representative at extended family events such as wedding receptions, reunions, and funerals.  Family members remember him as being very patient, positive, thorough, service-oriented, and someone who appreciated beauty.