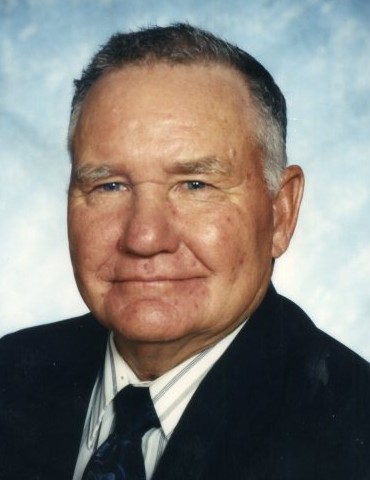 During his life he lived in Wellsville, Brigham City, Howell, and Tremonton.   His retirement winters were spent in Parker & Yuma, Arizona. He loved riding his motorcycle’s and had many memorable adventures throughout his life.

At a very young age his first job was to help straighten out grain bags in Lampo, Lampo was a stop for the trains, they had grain elevators there, the bags would be filled and Dad had to straighten them. He said, he was glad he didn’t have to lift them.

As a teenager, he worked at the Capital Theater in Brigham City. He sold popcorn, then tickets and later was promoted to running the movie projector. Louis also worked at the Roxie Theater and would put up the marquees. He also sold papers, to the soldiers, at Bushnell Hospital for the Salt Lake Tribune.

Dad graduated from Box Elder High School, where he was chosen to play on the “All Stars” basketball team. Lou played a lot of sports, including baseball, basketball & football. One of Dad’s fondest memories during this time was getting to shake hands with President George Albert Smith, after winning the All-Church M-Men basketball tournament in 1950, in Salt Lake City and the team having breakfast with him. He also had the opportunity of playing a fun game against  the Harlem Globe Trotters.

Louis owned and operated a farm in Howell Valley where he learned the farming business from his father.

He was a member of the church of Jesus Christ of Latter Day Saints where he held many positions. Dad enjoyed driving cars for Murdock Chevrolet.  Cherishing the friendships he made while he was working there. He loved meeting and visiting with new friends and was very serving.  His Family was the most important thing to him.

Funeral services will be held on Thursday, January 14th, at the Tremonton West Stake Center. A viewing will be held the evening prior from 6:00 – 8:00 pm at Rogers & Taylor Funeral Home (111 N. 100 E. – Tremonton), as well as a viewing prior to the funeral from 9:00 – 10:30 am at the church. Interment will be at the Tremonton City Cemetery. The family expresses a special thanks to Russell and Matt with Intermountain Healthcare hospice. In “Lou” of flowers please donate to the Primary Children hospital in Louis name. “We can’t fully appreciate joyful reunions later without tearful separations now. The only way to take sorrow out of death is to take love out of life.” President Russell M. Nelson. And “Dad” you were truly loved and will be missed!