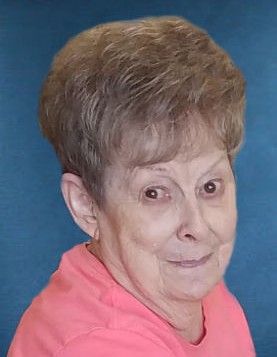 She was born December 30, 1935 in Gunnison, Utah to Norvell Mellor and Leah Wintch Mellor. She grew up in Fayette, Utah and went to High School in Gunnison where she was a Cheerleader. She loved helping her brothers and sisters with the family chores which included raising a big garden each year and a lot of farm animals. After High School she attended Snow College

Lucille Married James Loveridge Thomas April 8th, 1964. Later their marriage was solemnized in the Logan LDS temple. Together they worked hard and raised 7 children. Mom was always a hard worker. While living in Delta she started working for Contel Telephone Company. In 1976 she was asked to transfer to the Contel office in Tremonton to be the office supervisor.  She did a lot of traveling to California and Arizona during these years with the phone company. Later on, before retiring, Mom worked for several more years at Thiokol.  She loved the relationships that developed with folks throughout her working years and was always thankful for her many friends.

Lucille is a member of the Church of Jesus Christ of Latter-day Saints. She has served throughout her life in the capacity of Sunday School Chorister, teacher, primary teacher, visiting teacher, scouting and many other church callings.  Lucy was always serving and helping others and enjoyed taking a meal to anybody in need.

Mom always enjoyed the outdoors and one of their favorite spots was Island Park. They started going there on camping and fishing trips back in the 80’s and never got tired of it. Fishing was one of Mom’s favorite things to do and she taught all of her kids and many grandkids how to fish.

Thanks so much to Maple Springs Assisted Living where Mom has spent her last few years. She has truly loved and embraced her Maple Springs Community. Also, a special Thanks to Brigham City Hospital and Staff for the love and care she was given.