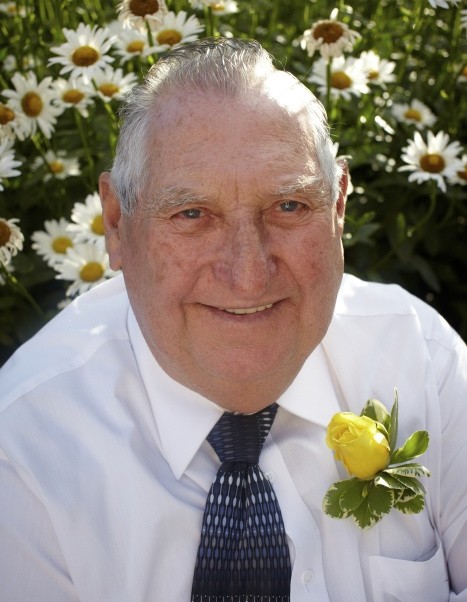 Lynn Darwin Bee, 81, passed away in Tremonton, UT, surrounded by his loving family.  He left this earth to begin his heavenly journey on February 13, 2019.  We are certain he is having many happy reunions with loved ones.  Lynn was born June 18, 1937 in Bloomington, Idaho to Ormi Violet Grandy and Elzo Dwayne Bee.  His early years were spent in Bloomington, ID.  He is a 1955 graduate of Fielding High School in Paris, ID.  He married Nona Pugmire on March 21, 1956 in the Logan, UT LDS Temple.  (they later divorced) Together, they raised 3 children, Darwin (Susan) Bee, Tremonton, UT., Sherry (Kenny) Funk, Honeyville, UT., and Wendy (Brandon) Potter, Duvall, WA.  He had 9 grandchildren and 10 great grandchildren.  His love for his family ran deep and was easy to see.

He worked for Union Pacific Railroad right out of high school and moved to Nampa, ID.  Joined the Utah Army Reserve which took them to California and Oklahoma.  In 1959, he started employment working for Thiokol where he retired after 33 years of service.  In 1963, he purchased a farm in Howell Valley, UT.  Where he taught the kids and grandkids the value of hard work and made many fun memories.

He loved to hunt, fish and camp and that love has carried on to his children and grandchildren.  He spent so much time making memories with those he loved.  He enjoyed great friends and had many wonderful stories.  We are sure he is fishing and pheasant hunting with his good buddies.  He also served as President for the Howell Valley Gun Club for many years.  He enjoyed watching and playing sports. He particularly liked following his kids and grandkids to all their activities and following the Utah Jazz.

He was a lifelong member of The Church of Jesus Christ of Latter-Day Saints and particularly loved his primary teacher calling.

A special thank you to the staff at Our House in Tremonton for their kindness and care for dad.