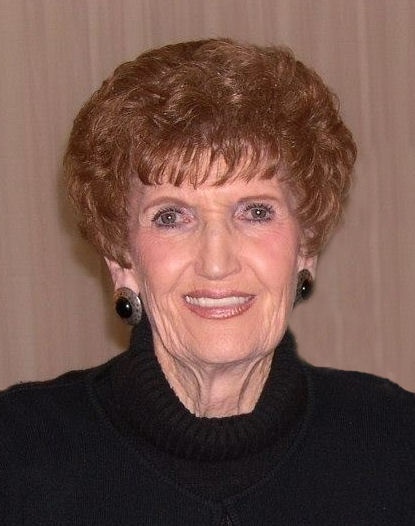 Mable was born on May 21, 1929, in Thatcher, Utah, to Mary Hazel and Walter Calvin Waldron. As the youngest in her family, Mable enjoyed learning from and spending time with her older siblings. Growing up on the family farm, there were plenty of chores to be done, but she especially enjoyed working inside and cooking with her mother.

Upon graduating from high school, Mable accompanied her father back to the Tennessee mission field, where she served as mission secretary after her mother passed away. Mable returned to Utah at the end of her father’s mission, where she attended school at Brigham Young University and worked until she met the love of her life. On June 26, 1953, she married her sweetheart and eternal companion, Dean Arch Showell, in the Salt Lake City Temple for time and all eternity.

Mable loved her different jobs, working at the Bear River State Bank and in the Box Elder County School District; but her greatest pride and joy in life was her family. Mable was known for her exceptional cooking and immaculate home, but she also enjoyed snow skiing, sewing and quilting, playing the piano, singing, and gardening. Mable was also known for her competitive spirit—she loved her Utah Jazz and the BYU Cougars.

After retiring, Dean and Mable served an LDS mission in Alabama. Thereafter, they spent thirteen glorious winters in Quartzsite, Arizona, which Mable often referred to as some of the best years of their lives. In 2006, they moved to St George, Utah to be closer to family. This brought priceless memories watching their grandchildren play sports at Dixie State University.

Mable was a devout member of the Church of Jesus Christ of Latter-day Saints. Dean and Mable enjoyed their weekly dates attending the Temple. Throughout her life, she served in numerous church callings; but above all, Mable loved and compassionately served everyone she knew.

Mable was preceded in death by her parents; her husband, Dean; her children Geoff and infant son; siblings Virgil, Faye, Verl, Della, and Arlene.

Funeral services will be held Saturday, January 27th, at Rogers & Taylor Funeral Home in Tremonton, Utah, (111 N 100 E) at 12 Noon. Viewings will be held at the funeral home from 5:00 to 6:30 pm on Friday the 26th, and Saturday from 10:30 to 11:30 am, prior to the service. Interment will be at the Tremonton Riverview Cemetery. In lieu of flowers, the family suggest that donations be made to the Perpetual Education Fund.