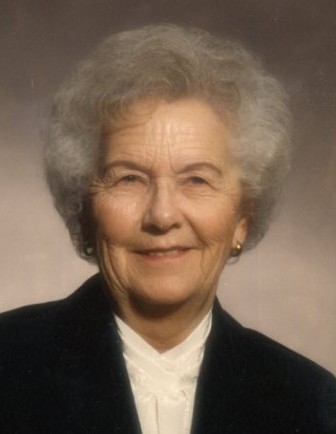 Margaret Hall Jensen passed away on February 15, 2017 in Brigham City, Utah at the age of 104 years old. She was born in Garland, Utah to Hyrum Albertus and Margaret Jardine Hall on June 2, 1912. She enjoyed being raised on the farm among her Hall cousins and grandparents. Margaret graduated from Bear River High School in 1931. She married Donald Larsen Jensen on October 5, 1931 in Ogden, Utah. Their marriage was later solemnized in the Logan Temple on April 1, 1955. They had been married for 54 years when Don passed away on September 6, 1985. Margaret and Don were the proud parents of four children, Dr. Val Don Jensen (Donna), Carson City, Nevada, Marlene Ramsdell (Ted), Salt Lake City, Utah, Allen Reo Jensen (RoLayne-deceased), Thatcher, Utah, Jill Johnson (Lyle), Garland, Utah.

Margaret was preceded in death by her husband, Don, five brothers, Virgil, Leroy, Elmer, Jack, Neal, and Lindon, two sisters, Rose Bitner and Beth Thompson, and grandsons, Nicholas A. Ramsdell and Lance Don Jensen. Margaret had lived in Garland, Tremonton, Salt Lake City, Brigham City, Utah and Carson City, Nevada.   Margaret enjoyed eating lunch at the Tremonton Senior Center with her many friends there. She especially liked going to the temple. Special thanks to her cousin Lauenna Garn for her friendship and service throughout the years in Garland.