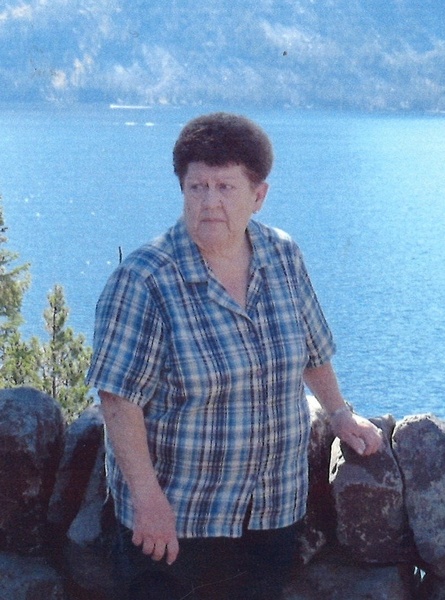 Our beloved wife, mother, grandmother, and great-grandmother, Marilyn Olsen Roche passed away on August 3, 2022 at her home in Tremonton, Utah, with her loving, eternal companion, Richard, at her side. Marilyn was born on November 28, 1941 in Brigham City, Utah to Basil and Beth Olsen. She was the youngest of three children. She was a graduate of Box Elder High School.

Marilyn and Richard were married on November 3, 1962 in Brigham City, about to celebrate their 60th anniversary later this year. They were later sealed for time and eternity in the Logan Utah Temple. They made a home together in Brigham City, Logan, and finally Tremonton, where they have lived for more than 55 years.

Marilyn was an active member of The Church of Jesus Christ of Latter-day Saints with a strong testimony and a desire to go about doing good, instilling these virtues in her children. She served in various callings, first in the Tremonton Fifth Ward and then the Tremonton Fourth Ward, including in the Relief Society, the Young Women’s program, the Primary, and the Sunday School. Professionally, she worked at Bear River State Bank for many years, at La-Z-Boy Utah from which she retired in 2007, and at various other jobs in town.

Marilyn is preceded in death by her parents; her brother, Kay; and her sister, Sharon.

The family wishes to thank the caregivers of CNS, IHC Home Healthcare, Bristol Hospice, and Dr. John Markeson; the Tremonton Fourth Ward Relief Society sisters for their compassionate service; and beloved neighbors and friends who have been of great comfort and help.