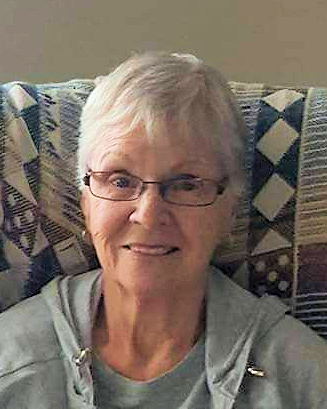 Marjorie Ann Simmons Denkers passed peacefully into the arms of her Savior in the presence of her loving husband and two sons on the afternoon of November 1, 2022. Majorie was born September 26, 1940 in Idaho Falls, Idaho to Reva Jackson Simmons and Verl Odell Simmons. She was the youngest child and only daughter. She spent her childhood in Mud Lake, Idaho and moved to Pocatello with her mom when her parents divorced. Marjorie attended Pocatello High School where she studied Journalism, wrote for the school paper and graduated in 1958. It was at Poky High where she met William Wesley Denkers and began a romance that became a marriage that was solemnized in the Idaho Falls Temple on February 11 1959. Marjorie worked tirelessly to put Bill through school to become a teacher. She worked a number of great jobs including being the manager of Seaboard Financial, which later became Avco Financial Services, and later on as a bus driver for the district where Bill took his first job as a Choir teacher. Later, when employment opportunities moved their family to Utah, Marge found employment working for The Church of Jesus Christ of Latter-day Saints in the Family History Department in the Church Office Building. Marge was also a faithful member of The Church of Jesus Christ of Latter-day Saints and served in many callings including the Stake Young Women’s Presidency as well as Relief Society Teacher and Presidency member. Marge and Bill also faithfully served an 18th month mission for their church at the Heber Girls Camp in Heber, Utah. They were married for 63 years and had 5 children. Dal Albretsen (Michael), Kory Williams (Doc), Brooke Denkers (Cindy), Kam Denkers (Christine), Dax Denkers (Ryan). Marjorie is preceded in Death by her parents and all her brothers, Odell Simmons, Jim Simmons and Merlin Simmons.