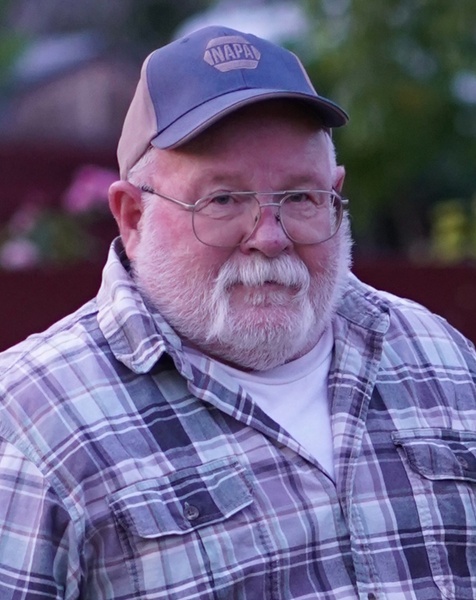 On June 28, 2022 Mark R Peavler (66) unexpectedly got “called out.” True to Mark’s unselfish character when he got the call, he dropped everything and answered. This time wasn’t the typical service call, He was called home to his Heavenly Father.

Mark was born on January 7, 1956 to William Fredrick (Fred) and Rhea Rodgers Peavler in Ogden Utah. That day with the help of his identical twin brother Matt (Matt being born first) they surprised their parents and took the 2nd and 3rd spot in their family. Eleven months later another boy (Derrick) joined their family giving them the rare title of Irish triplets (3 children born in the same calendar year) A title that all three boys were very proud of. Mark and his brothers were just the start to a large loving family that included eleven children.

His childhood was full of stories of mischief and fun. Some of his most memorable stories consisted of living in a haunted house and all of his siblings piling into a tiny Fiat for Sunday drives. Mark loved going on drives.

Mark lived in many cities and states, most of which were in northern Utah. He attended 23 schools from kindergarten to graduation. He spent the last two years of his schooling living in Collinston attending Bear River High School in Garland and was part of the graduating class of 1974. While there, he was on the football and wrestling teams and met his High School Sweetheart and future wife Janet Lee Doutre.

After a bit of a chase, Mark and Janet were married and sealed October 1, 1976 in the Ogden Utah LDS temple.

Mark was a devoted husband and adored his wife Janet. They did everything together including welcoming five children into their home, Jason (Melissa) Peavler, Melissa (Preston) Rasmussen, Jennifer (Daniel) Hunsaker, Shelayna (Justin) Hamer, Skylar (Danyell) Peavler. Mark was a loving father and made sure to make each of his children feel as if they were his very favorite. As his children grew and were married, he joyously welcomed each new in-law into his family and they became his children.

Mark had an outstanding work ethic. He completed a lineman apprenticeship for IBEW. He was employed by Rocky Mountain Power where he was a groundsman, lineman, journeyman, and union steward. He worked as a lineman for 45 years and participated in many pole climbing competitions. In those years he could always be seen driving back to the shop in the trouble truck after a long day working. Everyone recognized him and waved. This type of work was very hard on his body and resulted in extensive shoulder surgery which was a tender mercy as it medically made him unable to continue working but allowed him to spend the last 8 years at home with his wife and family. He was set to officially retire July 1, 2022; just a few days after his passing.

Everywhere he went, he had a smile on his face and a few quick witted remarks. He made many lasting friends especially throughout his career. He was loved by everyone he worked with and the community he served. He never met a stranger!

He loved everything outdoors, He was an accomplished outdoorsman, his favorite being hunting. He had a lifetime of Octobers already preplanned as that was hunting season and he never missed. He spent the entire month of October in Blue Creek with his sons hunting for the best buck out there. When it came to camping, he liked to go where no one else was to enjoy the peace and quiet of nature. There were times he went so far into the canyon, looking for just the right spot, that he came out the other side. He was gifted with a keen sense of direction, and a sharp mind. He was never lost and always knew the way. He loved being surrounded by nature.

Mark was a devoted member of the Church of Jesus Christ of Latter Day Saints. He is a faithful priesthood holder and wore his testimony proudly. He held many church callings, his favorite being ward librarian, where he gladly served for many many years, rarely missing. He lived a life of service and was always prepared to receive any call to help. He was a hard worker. He had a knack for calming others. If you had a problem; he had an answer. He would listen and respond with the best advice he had to offer. He was really good at putting things into perspective and finding the positive in everything.

Mark and Janet have been abundantly blessed with 28 grandchildren. They have 3 active missionaries serving in Arizona (Kourtlan), Ohio (Aubrey), and Sweden (Mickenna). Mark loved his missionaries. His grandkids were his pride and joy. He was lucky to live within a block of all but 5 of his grandchildren and saw the majority of them daily. He had a special relationship with each one and loved having a house full.

Funeral services will be held July 6, 2022 at 12pm (noon) at the Tremonton Stake Center, Friends and family may call from 10:30-11:30AM prior to church services. There will be a viewing on July 5, 2022 from 6-8PM at  the Rogers and Taylor building 111 North 100 E, Tremonton. Interment will be at Tremonton Riverview Cemetery. Online condolences and the livestream link can be found at www.ruddfuneralhome.com