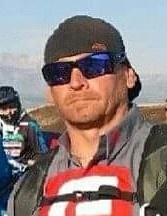 It’s with great sorrow that we mourn the passing of Mark Evan Smith, son of Terry L. and Judy Smith, of Fielding, Utah.  Mark was born on November 17, 1961 and passed unexpectedly on April 3, 2017 at the age of 55. He was a loving son, father, grandfather, brother and friend with a tremendous love for his family.

Mark’s greatest joy and love in his life were his children Taige and Aschley, granddaughters Londynn and Lilly and stepson Brittain.  His sense of humor and love for life was contagious and made everything more colorful and wonderful. The loss of his humor, personality and presence will leave a hole that can never be filled.

Mark was a phenomenal mechanic at a very early age. He was the youngest mechanic ever to complete the Kawasaki factory school of mechanics. This love and talent for mechanic work allowed him to continue competing in motocross throughout his lifetime and was the Service Manager and mechanic for Big Boys Toys in Ogden, Utah. Mark also had a passion for cycling, he frequently posted pictures of the sunsets he could see over his bicycle bars, after ascending the mountainside each evening. He found an utter sense of calm and serenity on these rides.