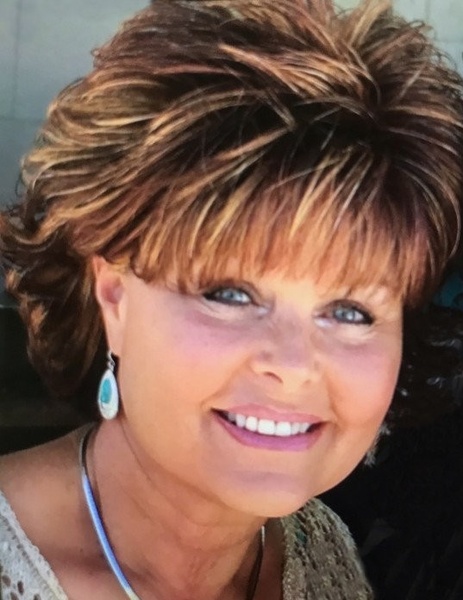 MarVan Keppler died at home, surrounded by loved ones near and far, after a courageous battle with metastatic breast cancer coupled with covid pneumonia, on June 30, 2021.

MarVan made her grand entrance into this world on June 22, 1952; born to DeVon and Eva Allred.  Being the only girl of 5 children, she learned at a young age that hard work didn’t mean that you can’t be beautiful.  Her beauty made her surroundings brighter.  She was just as beautiful on the inside as she was on the outside.  MarVan would light up the room with her smile.  Her sense of humor was contagious, and she enjoyed sharing her energy with just about anyone that crossed her path.  MarVan’s passion for life was beyond words.

MarVan was blessed with her first son, Brandon, after marrying Mike Anderson.  They later divorced.  Her second blessing, Brady, was brought into this world with the help of Jim Wakley.  They later separated.

In 1983 MarVan received a certificate of completion from the Bridgerland Area Vocational Center in their Machine Shop Operations program.  She worked for many years as the only female machinist at Thiokol Corporation. She earned many awards for her hard work, dedication and attention to detail.  She retired as a machinist from ATK.

She loved living the healthy life, experimenting with new smoothie flavors, vitamins and brain boosters.  She was very proud of her sobriety, and would celebrate by buying a ceramic angel every year as a reminder that she has guardian angels all around her.

She loved spending time with all of the blessings that called her “Nana”.  They would have sleepovers, movie nights, and dance recitals in the living room.  There were photo shoots and dress up days.  She loved to take them on a shopping spree.  Her whole world revolved around her grandchildren.

MarVan was able to find her childhood crush, Ron Keppler, and they were married on August 31, 2002. Ron always said that MarVan was his first love.  Sadly, he became one of her guardian angels on November 12, 2008.

She found happiness again on August 23, 2016 when she met Bill Hodson.  Everything has a time and a place, and it was the right time in both of their lives to give each other a little happiness and companionship for the short time that she had left in this world.

MarVan will be deeply missed, but her beauty will live on in our hearts and will never be forgotten in our minds.