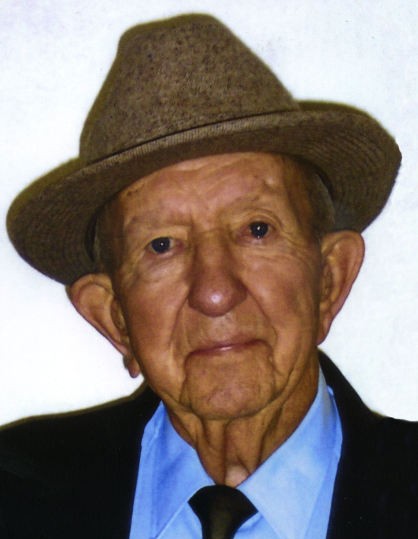 Following a big family farewell party in his honor, Max Byron Adams, 89, Tremonton, Utah peacefully left this mortal life at his home on March 7, 2016 as a result of congestive heart failure. He was born in Tremonton on June 23, 1926 to Basil and Retta Anderson Adams. He grew up in a loving home on a lively street nicknamed “Gasoline Alley” where boys made their own fun and lifelong friendships began. He graduated from Bear River High School in 1945 where he was a cheerleader, member of the Bearfax staff, acapella choir, and twirler for the band. Following high school Max attended Utah State University where he was also a cheerleader.

On April 26, 1947 Max married his high school sweetheart Mary LaJoy Jensen in Preston, Idaho. Their marriage was later solemnized in the Logan Temple. They were married for 51 years before Mary passed away in 1998.

The variety of jobs Max had in his youth contributed to his knowledge and strong work ethic. One of those early jobs was at the Hunts Food Canning Factory where his father was the Superintendent. He began working at Thiokol in 1960 as an administrative assistant/project manager where he worked for 29 enjoyable years.

He has been a part of many worthwhile community projects that made a difference in Tremonton where he received numerous Jaycee, scouting and community awards for his dedicated service.

Because of his great love of country he became actively involved in city and county government and politics.

Max was a loyal Bear River High School alumni who always kept in touch with his friends in the class of 1945. He was an avid fan of BRHS sports and activities, and over the years he has taken many photos at these events and shared them with the participants.

He always supported scouting and lived his life by those standards. Doing “a good turn daily” has been his personal motto.

Max had numerous hobbies. As a youth he learned to play the harmonica and loved singing throughout his life. He raised homing pigeons, trained hawks and always had an interest in photography.

Countless hours were spent watching and videoing his grandchildren as they participated in sports and other activities preserving many memories for our family and the community.

As a member of The Church of Jesus Christ of Latter-day Saints he enjoyed opportunities to serve as a ward clerk in several bishoprics, and was a dedicated home teacher.

His family took priority in his life and he shared both quantity and quality time with them. He succeeded where success counts most for the next generation. Hiya, Hiya!

He was preceded in death by his sweetheart and eternal companion, his parents, siblings; and their spouses.

Special thanks to his friends, neighbors, relatives and members of the Tremonton 9th ward who shoveled snow, delivered treats, visited, and showed concern for his well-being.

In lieu of flowers, donations can be made to the Huntsman Cancer Foundation, or the American Diabetes Association in Max’s memory. Or, as Max would say, “Take your family or friends out for lunch”.