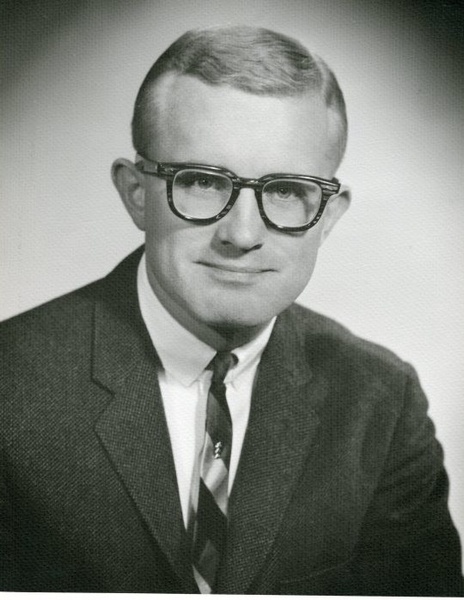 Martell Douglas Hunsaker passed away peacefully in the home he loved in Deweyville on March 12, 2020 surrounded by his loving family.

Doug was born on October 23, 1945, to Martell A. and Ellen Perry Hunsaker. He grew up in Brigham City, Utah, with his three younger siblings Curtis, David, and Kathy. As a young boy, he enjoyed ice skating, baseball, and fishing. He started playing organized baseball when he was eight years old and played on the first little league all-star team for Brigham City. In the years that followed, he would play as a pitcher for several little leagues and pony league all-star teams. He learned to work hard picking fruit at his grandmother's farm in Willard and trampling hay wagons at his grandfather's farm in Honeyville. He was an active Aaronic Priesthood holder in the Church of Jesus Christ of Latter-Day Saints and received his Duty to God award.

Doug attended Box Elder High School, where he played trumpet in the marching band, as well as being a pivotal member of the football and baseball teams. He was one of three sophomores to play on the 1960 State Championship football team. As a senior, he pitched a one-hit shut out against Logan High School. Lettering in both football and baseball, Doug graduated in 1963 with an Army ROTC Scholarship to attend USU.

Doug served in the Central Atlantic States Mission for the church before resuming his college education. He made the Dean's honor roll every quarter with a GPA of 3.5 or higher, graduating with a BS Degree in Business Education and Office Administration in 1986. He also received the National Award of Merit as an outstanding student in Business Education and continued at USU to earn his Masters Degree in 1970.

In September of 1966, Doug married Annette Glover, and though they later chose to part ways, they both shared a love for their four beautiful children Thad, Travis, Aniessa, and Natalie. In April of 1985, Doug married Nona Anderson in the Logan LDS Temple and gained three stepchildren; Chuck, Brian, and Jerusha. Eleven months later, they were surprised with their eighth child, Kristen.

Doug's first military Commission was as a 2nd LT in the Army AG Corp. After graduation from USU, he served two and a half years of active duty in the US Army, being promoted to 1st LT at Fort Carson, Colorado, and Captain during his service in Vietnam for which he was awarded the Army Commendation Medal for meritorious service.  His work in the church continued in Vietnam, where he served as a clerk in the District Presidency, which was part of the Hong Kong mission.

Doug began his career at CSB, which later became Keybank, in February of 1972. He continued as a banker for over 25 years, achieving the position of assistant vice president in 1976, and vice-president in 1980. In 1981 Doug started building his home in Deweyville, Utah, when he became a member of the BRSB board of directors and president of the Tremonton Branch.

Doug had a thirst for learning and continued gaining an education, graduating from the Western Agriculture Credit School at Washington State University in 1983, and from the Pacific Coast Banking graduate banking school at the University of Washington in 1991.

Doug also spent years serving his community as a member of the Utah Bankers Association Consumer Credit Committee and the Utah Bankers Association agriculture committee. He served on the executive committee and the Board of Directors of the United Way, as well as Northern Area Chairman of the United Way. He was on the board of directors for the Bear River State Bank and Box Elder County Nursing Home. He served two years as the FOS Chairman for Tremonton District, for seven years as Treasurer of the Tremonton Lions Club, and was on the Board of Directors of the Tremonton Kiwanis Club for four years.

Doug worked hard all his life, but he also knew how to play hard. His hobbies included fishing, camping, tennis, racquetball, cycling, & downhill skiing. His favorite camping spot was the Green River Lakes in the Wind Rivers of Wyoming, where he took his family there every year while his health allowed.

Doug was preceded in death by his father Martell, his mother Ellen, his younger brother Curtis, his brother in law Bob Kershock, his step-son Brian Wiechman, and his grandson Brayden Doutre. He is survived by his brother David, his sister Kathy, his wife Nona, five children and two stepchildren, nineteen grandchildren, and four great-grandchildren. We will patiently count the days until we can fish the Green Rivers Lakes once again.

Funeral services for Doug will be held on Tuesday, March 17, 2020 at Noon in the Deweyville Chapel (10750 N. Highway 38). The service is open to the public, but due to the Coronavirus, no public viewing will be held.  There will be a private family viewing prior to the service.  Interment will follow the funeral service at the Deweyville Cemetery. The family invites those that would like to share their memories of Doug on this obituary page at www.ruddfuneralhome.com.

LISTEN TO THE FUNERAL SERVICE BELOW: