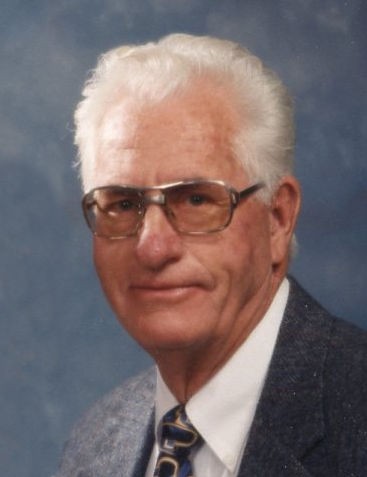 Melvin DeLoy Foster, 89, was reunited with his eternal companion LaDawn on June 3, 2019 while surrounded by his family.

Mel was born June 12, 1929 in Chapin, ID to George Henry and Ruth Helen Miller Foster. He grew up learning to work hard on the family farm at the foot of the Teton Mountains. He carried his strong work ethic and deep loyalty to his family with him throughout his life.

Faith, family, and his country were important to Mel. As a young man, he served a mission for the Church of Jesus Christ of Latter-day Saints in the Great Lakes Mission. Following his mission, he joined the Marine Corps, fighting in the Korean War, before attending school at Utah State University, where he would eventually earn a degree in Social Work. He met the love of his life, LaDawn Anderson, while attending school and they were sealed for time and all eternity in the Logan temple on March 20, 1958. They made their home in Logan, where they were blessed with three children: Gary, Jana Lee, and Kurt.

In his professional years, Mel worked at Thiokol and was the director of Bear River Association of Governments. He spent many summers on the rivers in Idaho running a whitewater rafting, fly fishing, and horse packing business with his brothers. He also enjoyed his time as the director of the Cache Employment & Training Center, working with people with various disabilities, and serving on the board after his retirement.

Mel had a deep love for the gospel, the outdoors, working hard, and most of all, his family.

Mel was a faithful member of the Church of Jesus Christ of Latter-day Saints all his life and served wholeheartedly in many callings. He and LaDawn loved their time serving as senior missionaries in Nauvoo, IL. Mel thoroughly enjoyed taking care of the animals and being a teamster as he shared his deep love for and testimony of the prophet Joseph Smith and the pioneers.

Mel and LaDawn had a ranch in Treasureton, ID that they both loved, and each summer they hosted “Cousin’s Camp” for all of the grandkids there. Their grandkids have many fond memories of deer watches, Sunrise breakfasts, and sitting around the campfire listening to Grandpa recite poems at Cousin’s Camp. Mel enjoyed working at the ranch with his family where he taught them the importance of working hard and working together.

Mel was a BIG tease. Whether you were family, friend, stranger, doctor, waitress, Maverik cashier, or the Queen of England, he believed everyone needed to be teased a little and he should be the one to do it. Many smiles and a lot of laughter seemed to follow him wherever he went. He made the world a happier place for those who came in contact with him.

Mel is survived by his children, Gary (Wendy) Foster, Jana Lee (Clayt) Gardner, Kurt (Janet) Foster, 15 grandchildren, 7, great-grandchildren, his sisters Claudia Archibald, Carolyn Thornley, and Flossie Evans, and his brothers, Steve and Glen Foster. He was preceded in death by his wife LaDawn, his parents, George and Ruth Foster, and his brothers Donald, Ross, Jay, and Kay Foster.

Mel’s family expresses thanks for the love, kindness, and support of so many—especially his granddaughter Kris Coleman and her family, for their constant devotion and care. We are also grateful for the loving care provided by Dr. Matthews and Signature Home Health and Hospice—especially Bonnie, Elaine, Stephanie, and Diane. Their kindness and compassion were outstanding and made all the difference during the time they cared for Mel.

Funeral services are under the direction of Rudd Funeral Home and will be held Saturday, June 8, at 11 am in the old Logan 9th Ward LDS Chapel located at 500 North and 100 East, Logan, UT. A viewing will be held Friday, June 7, from 6-8 pm and Saturday morning from 9:00-10:30 am at the same location. Interment will be at the Whitney, ID cemetery.