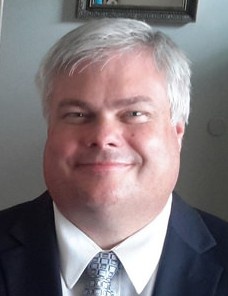 Melvyn Parley Frost, 52, passed away on April 11, 2016 in Logan, Utah. He was born in Salt Lake City on March 30,1964, the son of Samuel Charles Burr Frost and Nancy Mayree Powell. He was the youngest of six children. He graduated from East High in 1982 and served an LDS mission in Seoul, Korea. Mel married his eternal sweetheart, Marlene Andersen, on April 2, 1985 in the Salt Lake LDS Temple. He was an active member of the Church of Jesus Christ of Latter-day Saints and served faithfully in many callings, including financial clerk and his current calling as High Priest Group Leader.

He loved working with electronics, and earned his Associate of Applied Science Degree with a major in Electronic Technology from Utah Technical College. He worked a myriad of jobs to provide for his family doing repairs, electronic assembly, and was a Ham Radio operator. He also worked as a certified water operator for Riverside-North Garland Water Company. He was an Electronic Technician at Orbital ATK and enjoyed being involved in testing rocket motors, and loved anything to do with the space program.

Mel moved his family to Garland, Utah in 1995 and built a beautiful home and life for his loved ones. He worked hard and played harder, making lasting memories with everyone who knew him. He loved to play games with his family, read, watch movies, listen to music, and tickle his kids. He always put his family first and was completely devoted to the Lord. Mel was a friend to everyone he met, had a marvelous sense of humor, and a contagious laugh. He was an amazing husband, dad, grandpa, son, brother, teacher, and friend.

He is survived by his wife and their children: Richard (Crystal), Heather, Kevin, Kimberly, Joseph, Emma, Samuel, Lilly, and Matthew and two grandchildren, William and Zoey. He is also survived by his mother, Nancy Powell Frost Rhynsburger, three sisters, and two brothers. He is preceded in death by his father, Charles, and infant son, Jacob.


Services will be held on Saturday, April 16, 2016 at 11:00 am at the Garland Tabernacle (140 W. Factory) with viewings held on Friday evening from 6-8 pm and Saturday from 9:30-10:30 am, prior to the funeral. Both viewings will be at the Tabernacle. Interment will be in the Garland Cemetery.