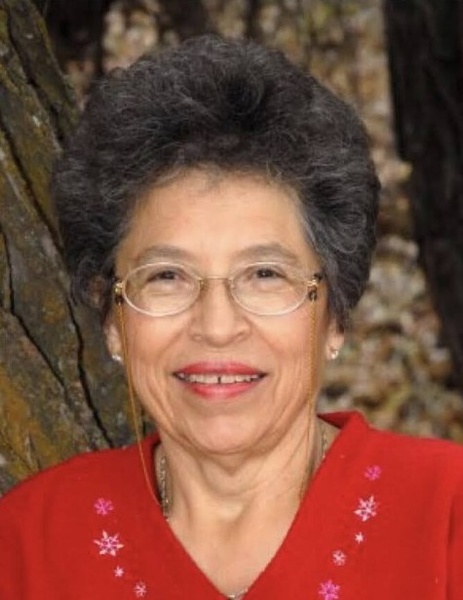 Our loving mother, Mercy Julia Madsen Grover completed her earthly test on April 20, 2021 peacefully at her home at the age of 83. She was born Mercedes Eulalia Casias on Aug 19 1937 in Antonito Colorado to Maximilliano and Candelaria Casias.

She spent most of her growing years in Rupert, ID, graduating from Minidoka High School where she meet Curtis Alvin Madsen. They were married on Aug 6 1955 and moved to Renton Washington. They later returned to Garland and rebuilt a home in north Garland. They had 5 children and were later divorced in 1981. She then married Wayne Grover on Oct 6 2012 and spent 9 happy months together before his passing in 2013.

She was a member of The Church of Jesus Christ of Latter Day Saints and served in many different organizations in the ward and stake. She always went above and beyond in all her callings. She had many fond memories of the people she served with and the youth she was able to serve.

She was a very talented lady and loved do yard work, handiwork and oil painting. Her children, grandchildren and great grandchildren have been recipients of many of her talents. She loved to crochet, knit, embroidery, sew, quilt and make old things new. She was known for her chocolate making and we will miss making fondant and dipping chocolates with her.

She is preceded in death by her parents, her husband, Wayne Grover, grandson, Dallen Mason and her siblings, Max Casias Jr., Elena Carpenter, Caron Moore, and Frank Casias.

Special thanks to her longtime friend Rosie Oyler. Also Randy & Shelley Grover and Scott & DeNiece Grover for always checking in on her and taking care of her. To her sister Carol Pearcy for taking her on long road trips and getting her out.